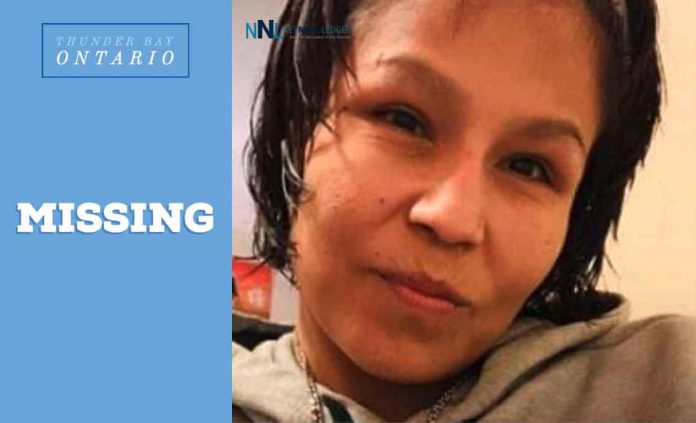 April Atlookan was last seen on January 28, 2021 in the area of the 300 block of May Street, wearing a black jacket, black boots and a white Nike baseball cap.

April Atlookan is an Indigenous female. She is 5’3″ tall and has a thin build. April has a fair complexion, brown eyes and short brown hair. She also has a tear drop tattooed under her left eye.

Anyone with information on the whereabouts of April Atlookan is asked to contact the Thunder Bay Police Service at 684-1200 or Crime Stoppers at 1-800-222-8477, online at www.p3tips.com.