Home Entertainment Who Dominates the Twittersphere in 2021? 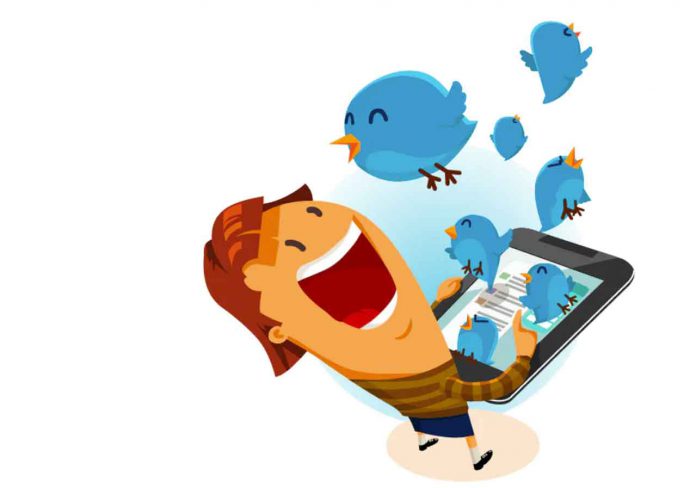 Frequent users of Twitter will know that the social media platform is a universe unto itself. Over 340 million active Twitter users send a staggering half a billion tweets every day. And it’s not just regular people who are active on Twitter. World leaders, sports stars, multinational brands, and superstar actors have all carved out their own little corner of the Twitter universe. Twitter remains one of the most effective ways of getting a message out into the public domain.

But who has the most followers? Twitter famously removed former US President Donald Trump from the platform towards the end of his presidency. Before this, Trump was just outside the top 5 most popular accounts, with almost 90 million followers. But who was ahead of the world’s most powerful man? And is it possible that an ordinary person can get a slice of this lucrative follower pie?

Before we get to the big players, it worth noting that there are many ways you can grow your own Twitter account. Scaling to the heights of the top accounts on Twitter may be reaching slightly too far, but for wannabe influencers and business owners, every extra engaged follower counts.

If the idea of growing your Twitter brand excites you, there are numerous tools available to help you reach this goal, and I’m not talking about bots and inactive accounts. Growth services that provide active, engaged users to your follower list do exist. Twesocial is a prime example. Twesocial will grow your Twitter followers with users tailored to fit your specific needs and your brand’s unique profile. You can find out more about what they offer on their website or you can check out this article which covers Twesocial and some other Twitter tools. But first, let’s look at the competition and some of the biggest Twitter accounts in 2021

Some sports stars are so big that they transcend the confines of their sport. These sporting giants are also social media giants, and it’s no surprise who’s at the top of the list. Portuguese soccer star and multiple FIFA player of the year, Cristiano Ronaldo, is the leader of the sporting pack, with 90million followers (5th overall). There is a significant drop down to the next two on this list. Brazilian soccer player Neymar comes in at 2nd with 50million, and Lebron James is just behind with 48million. Canadians may not be familiar with number 4, Indian cricket god Vira Kohli, who comes in with 39million followers.

Pop stars are not restricted to the countries in which they are born; they are a worldwide phenomenon. Coupled with their young fan base, it’s no surprise that pop artists dominate the top ranks of Twitter. Six of the top eight come from the world of pop. Canadian heartthrob Justin Bieber is the second most followed account in the world, with 114million followers. Also commanding strong legions of fans are Katy Perry (109mil), Rihanna (100mil), Taylor Swift (88mil), Lady Gaga (83mil), and Ariana Grande (80mil).

Celebrity culture is another top hitter when it comes to social media armies. Influencers and celebs don’t have a football pitch or music stage to gain their followers; a lot of their publicity comes from the social media accounts themselves. It’s no surprise that influencer queen and reality star Kim Kardashian (86mil) is skirting near the top ten, with her sister Kylie Jenner (36mil) not too far behind.

The business world is another supplier to the most followed list. Microsoft founder and philanthropist Bill Gates has 53 million followers. South African entrepreneur and space head Elon Musk has recently become the world’s richest man, but he’s still behind Gates on Twitter, with 42 million followers.

The number 1 spot is reserved for a political figure, another former US President. That’s right, Barack Obama may not have sat in the Oval Office for over four years, but he still holds the title of the most followed person on social media. He has held this rank since 2019, when he overtook former number 1, Katy Perry.

These numbers may seem impossible to achieve, and unless you’re a top sports star, actor, or politician, they probably are. But there is no ceiling or limit to how far you can grow your Twitter reach. With the services and tools available these days, there is nothing to stop regular people from growing their Twitter following into the thousands.