Home Entertainment Who is Ajdaguru? Inside The Music Mogul’s World 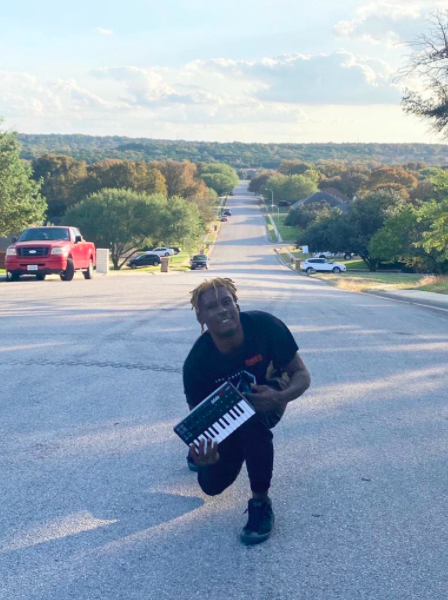 The unique world created by the expansive reach of social media has created room for companies and individuals to capitalize on the music industry. The opportunities in a relatively new digital music industry – including digital branding and social media marketing – have multiplied in numbers. Many young entrepreneurs are working hard to get their names at the forefront of the field. One of these young leaders is Anthony James Sledge, also known as Ajdaguru. He is a successful music mogul and producer who built an impressive resume and shaped his own field. With attention to detail and comprehensive knowledge about music and audience, Ajdaguru has become a serial brand-builder through his blog, Inyaearhiphop.com, which has been servicing across a large international network.

On his hip-hop journey, he’s produced for GLC, Chevy Woods and King Chip. He was mentored by GLC, who taught him alot about hip-hop culture over the years. His love for music began with his mother Tywana – as she always used to listen to music. Once during an interview, Ajdaguru was asked, “Why do you love music so much?” He replied, “Because it’s the only thing that stays when everything and everyone is gone.”

Anthony began producing music in his studio after graduating from high school. He began taking his craft seriously, and was on a mission to take his career to the next level.

It is said that “Entrepreneurs have a mindset that sees the possibilities rather than the problems created by change.” Ajdaguru is one of the rare gifted music moguls with a complete entrepreneur mindset. He started thinking of creating an online platform after being published on some of the major platforms. Ajdaguru soon listened to his voice, his own soul and launched his own blog Inyaearhiphop.com. There are many people who listen to the noise of the world, instead of themselves.

No matter the situation, AJ never let his emotions overpower his intelligence. He just followed the basics and kept the site updated with fresh content over the years. It takes only one voice at the right pitch to start an avalanche. Soon, Inyaearhiphop.com was recognized by Dej Loaf, Cardi B, Rick Ross, DJ Khaled, and several others.

Ajdaguru was born with a golden heart, and has set up major label meetings to assist new artists and help them with PR. In addition, he’s gotten their work featured in major publications.

Ajdaguru is one of rare music producers who has gained more respect from the music industry and not just mere popularity. With support from fans, his music is already charting and his brand is flourishing.

Through viral brand activations, social media growth, brand strategy, and top of the line PR, he has been able to push his clients to the forefront of their music industry and advised them with tools to stay there. And as people continue to turn to their devices for music, news, and entertainment, Ajdaguru will soon be a household name.

Ajdaguru has Seen It All