Home Living Keeping Your Pet Safer for the Holidays 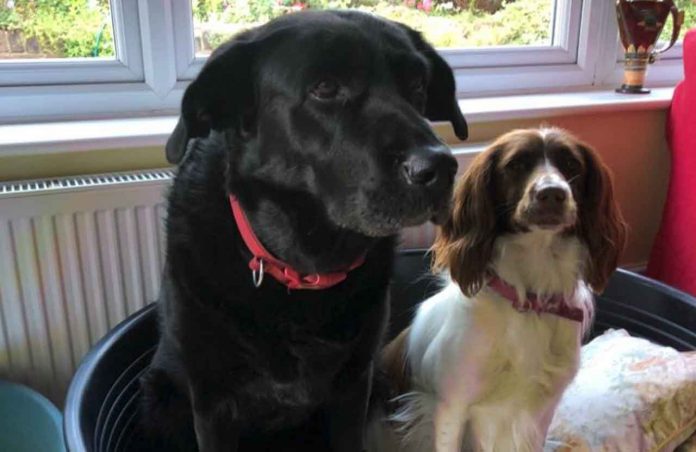 Thunder Bay – LIVING – Keeping your dog safer during the holidays means keeping some of those tasty Christmas trees away from your pet.

Many of the treats, and sometimes ones wrapped under the tree can be easily sniffed out by your dog.

A story, growing up in Winnipeg, our family pet wasn’t allowed in the living room. Our family came home from visiting family on Christmas Eve to witness our American Cocker Spaniel had celebrated her Christmas a little early.

The candies and chocolates under the tree had all been carefully – read ripped open – and eaten.

Our pup met us at the front door as she rushed out to ‘expel’ those goodies.

It was a serious lesson for our family. Thankfully our dog wasn’t harmed, save the upset stomach.

This week, dog welfare charity, the Thin Blue Paw Foundation in Britain has issued a warning to UK pet owners to keep festive food, which can be highly toxic to our four-legged companions, out of reach of curious doggy paws this Christmas.

The charity’s advice comes after one of the canine heroes it supports in retirement, former police dog, Jess (aged 9) a Labrador/German Shepherd Cross, sniffed out and devoured a mince pie at her home in Farnham, Surrey, unbeknown to her owner.

These festive favourites contain raisins which are highly poisonous to dogs and can cause kidney failure.

Even in retirement Jess’s incredible search skills, which proved invaluable throughout her distinguished career with Surrey Police where she assisted the force on many challenging investigations making a huge contribution to society, are still clearly on top form.

They are so good in fact, that when she caught a whiff of a mince pie hidden in what her family thought was a secure shopping bag located out of reach, she wasted no time in retrieving and devouring the potentially fatal snack which she tucked into alongside the other family dog, Jess’s canine partner in crime, Betty.

As soon as her owner, Claire Sutherland (53) realised what had happened, she rushed her beloved dogs to the local vets where they both underwent life-saving treatment against the effects of the poisonous snack. After 48 hours in intensive care, they happily pulled through, but the outcome could have been very different if Claire hadn’t acted so quickly.

Claire says: “I wanted to share what happened to Jess to raise awareness of just how toxic some foods are to pets. The fact she sniffed out the mince pie the way she did just goes to show how clever dogs are and we should never underestimate that. We want our story to raise awareness and hopefully it will prevent the same from happening to other pets this Christmas.”

According to Animal Friends Insurance*, which is supporting the Thin Blue Paw Foundation’s safety message and has provided vital sponsorship to the charity this year during the COVID-19 pandemic, there is spike of around 30% in claims for toxic ingestion during the Christmas season as inquisitive pets sniff out their owners’ festive treats.

Director of Marketing at Animal Friends Insurance, Patricia Gardiner, says: “During the festive season, most of us are guilty of indulging in one too many mince pies or Christmas chocolates, but while these tasty treats are ok (albeit a bit naughty) for us, they can be dangerous and highly toxic for our pets. Typically, the number of claims for toxic ingestion in cats and dogs rises by around 30% during the festive season and Jess’s case serves as a timely reminder that pets can sometimes get the better of owners.

“At Animal Friends we know that all owners regard their pets as heroes, so alongside the Thin Blue Paw Foundation, we’re asking the nation to do their best to keep festive treats away from pets this Christmas and familiarise themselves with what foods are toxic as many people simply aren’t aware.

“Typical Christmas foods like chocolate, mince pies, grapes, some nuts, onions, raisins, Christmas cake and pudding, and a sugar substitute called xylitol can all be harmful to pets. In some cases, just one raisin is enough to fatally poison a dog.

“Like all our cat and dog customers, as part of our partnership with the Thin Blue Paw Foundation, every dog registered with the charity now has free access to Joii, an online veterinary advice and treatment service that can offer vital support to anyone concerned about what they can feed their dog and how to keep them safe.”

PC Dave Wardell, Trustee, at the Thin Blue Paw Foundation says: “We’re delighted to have covered the full cost of Jess’s lifesaving treatment. Our police dogs serve their country with loyalty, bravery and courage, so it’s only right that they have the appropriate care and support in retirement.”

3 Ways to Improve Your Dog’s Quality of Life