Home Living Canadian NORAD Region is ready to track Santa with announcement of 2020... 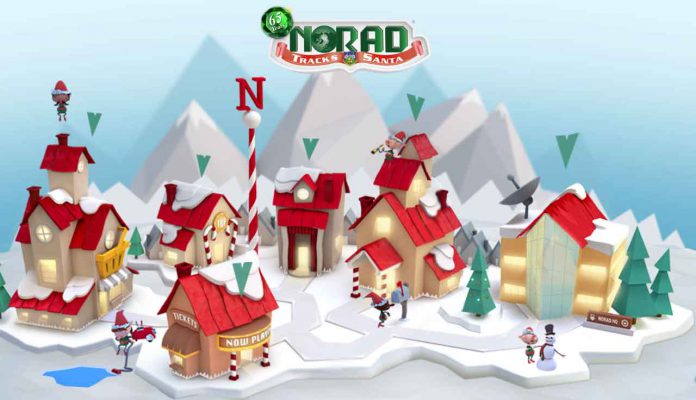 WINNIPEG – LIVING – The countdown to December 24th has begun! With the clock ticking as the big night approaches, the Canadian North American Aerospace Defense Command (NORAD) Region have named the CF-18 Hornet pilots, maintainers, and trackers who will be charged with the mission of monitoring and escorting Santa Claus as he completes his magical journey through Canadian airspace.

This Christmas will mark the 65th consecutive year of NORAD tracking Santa’s yuletide journey around the world.

It all started with a mistake

At the height of the Cold War, on Christmas Eve in 1955, the telephone rang at the United States Government’s Air Defence Headquarters. Instead of a senior General, or the President of the United States, on the line was a little boy asking “Is this Santa Claus?”

That early mistake has grown for sixty-five years into a Christmas Eve tradition.

For 65 years, NORAD and its predecessor, the Continental Air Defense Command (CONAD) have tracked Santa’s flight across the globe.

The tradition began in 1955 after a Colorado Springs-based Sears Roebuck & Co. advertisement for children to call Santa misprinted the telephone number. Instead of reaching Santa, the phone number put kids through to the CONAD Commander-in-Chief’s operations “hotline.”

There are games, music and fun on the Noradsanta.org website

The Director of Operations at the time, Colonel Harry Shoup, had his staff check the radar for indications of Santa making his way south from the North Pole. Children who called were given updates on his location, and the tradition was born.

The defence of Canada and the United States is NORAD’s top priority. NORAD is a bi-national U.S. and Canadian command charged with aerospace and maritime warning and aerospace control of North America, as well as monitoring aerospace activity globally. However, every year during the holidays, NORAD assumes the supplementary mission of tracking Santa as he travels around the world.

“Thanks to the dedicated men and women who keep a watchful eye over North American airspace 24 hours a day, 365 days a year. NORAD tracks everything that flies in and around North America. On December 24, we also have the special mission of tracking and escorting Santa,” says Major-General (Maj.-Gen.) Eric Kenny, Commander of the Canadian NORAD Region. “Utilizing the North Warning System’s powerful radar and satellite systems, we are able to see into the North better than ever, allowing us to track Santa more precisely, ensuring he has a safe trip through North American airspace.”

Santa trackers from 21 Aerospace Control and Warning Squadron at 22 Wing North Bay include Aviator Diana Perry (of Meadowvale, Ont.), Aviator Stephane Jacques (of Valcartier, Que.) and United States Air Force Staff Sergeant Thomas Truong (of Wichita, Kansas) will be on the watch. Their duty is to maintain radio contact with Santa and his escort pilots.

“From everyone across the Canadian NORAD Region who work every day to keep Canada and North America safe – thank you for your professionalism and for the support of your families. Happy Holidays!” added Maj.-Gen. Kenny.