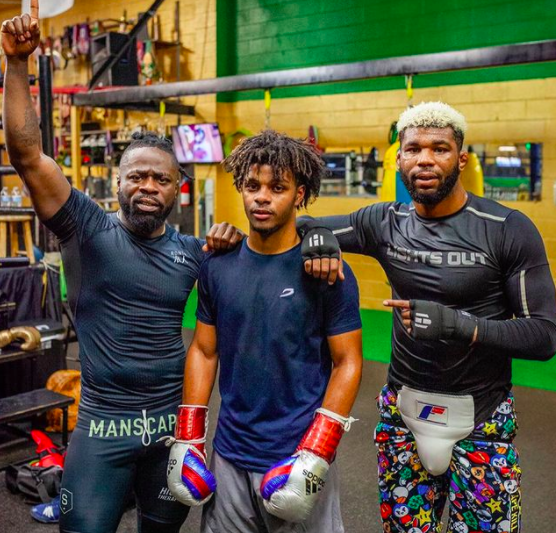 They say You never know where your life will take you next. You could get drowned in riches or lose everything you have, become famous or stop existing. But contradicting this is Ashton Sylve, a sixteen year old professional boxer who can be clearly seen as the future of boxing! He is dedicated towards his goal in life and seems to be unstoppable.

Sylve is a ten times national amateur boxing tournaments winner and has already made his victorious debut into professional boxing last month. Sylve is naturally talented and has been trained by his own dad, Ivan Sylve.“I think it’s genetics,” Sylve said, when asked about his natural athletic abilities. Ivan Sylve is also an athlete and has passed on his talents into his son. At a very tender age of 6 Sylve had his very first fight, and that was when he realised boxing to be his one true passion. He gained media recognition finally in 2017 with his remarkable victory at an elite international boxing tournament.

Ashton Sylve, or as he has been nicknamed “H2O” for his fluid fighting techniques, has recently  made his professional boxing debut last month in Mexico when he defeated his 22 year old opponent in a four round match. As humble as Sylve seems outside the ring, once inside he flips on the killer instinct switch. “I’m always thinking two steps ahead. In just a second, all of my options go through my mind before I throw a punch,” Sylve said. His talent and fighting skills have made big names like Floyd Mayweather, Willie McGinest and Snoop Dogg,also good girls star Actor manny montana endorse him. Even rumours have surfaced about Ashton having offers worth millions waiting round the corner, but he, focused on his training, is waiting for the right one to be made.

His advisors Sal Jobe, an actor turned famous sports agent and Oli Ward, who runs the global agency First Access Sports also dean from NLC are taking his career to another level. In an interaction with the media Jobe shared that even the pandemic has not affected Sylve’s fan following. His fans have stuck by him through the journey and are quite excited about the next fight. Oli has also shared that all the followers he has gained are not by chance but people are actually inspired by Sylve and love his style. He said that the only way to become a great boxer was by continuously bettering your skills towards excellence. True believer of that after his great victory in the international match Sylve said, “The fight went well, but I think I could’ve done more.”

Fighters like Ashton Sylve change the perspective of those who think that age matters for being successful. He is out there breaking all stereotypes and making a big difference in the world. A dream unfulfilled is just a wish. And there is no feeling as satisfying as seeing your dreams come into action. And Ashton Sylve,at a very young age is inspiring us to keep working until we all get a chance to feel the same.