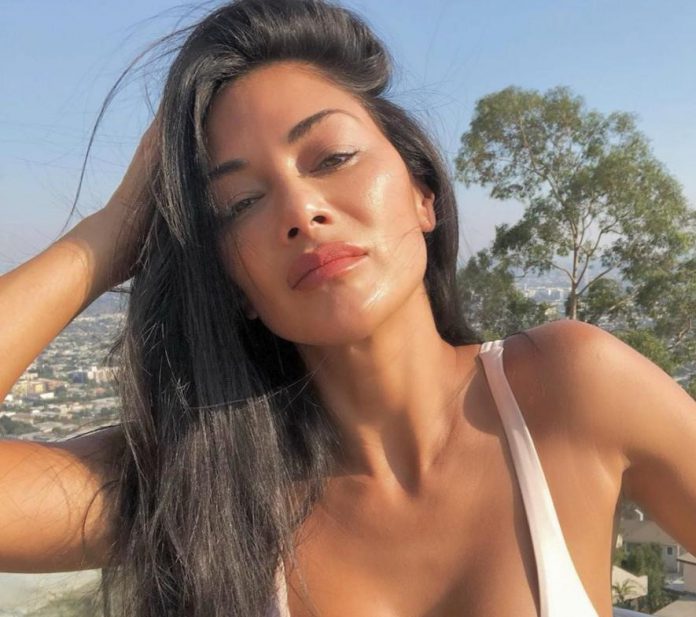 Nicole Scherzinger has been photographed without makeup and looks completely amazing. The 42-year-old Pussycat Dolls singer revealed her flawless skin tone on Instagram saying she felt like a new woman after treating herself to a Coolaser facial from cosmetic doctor to the stars, Simon Ourian at his Epione Beverly Hills Clinic. 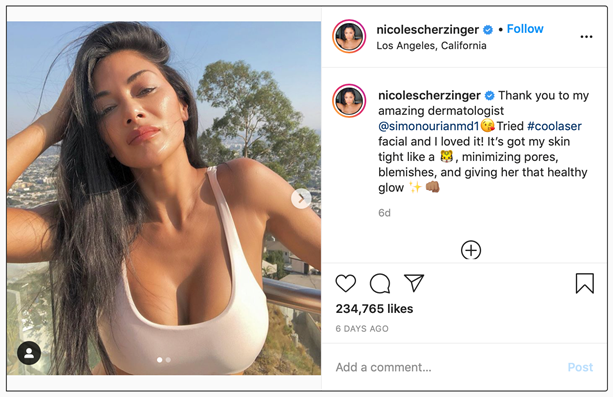 In the post she thanks Dr. Simon Ourian and praises the Coolaser technique which she says has tightened her skin, minimized its pores and blemishes and given her face that healthy natural glow that she adores. She credits Dr. Ourian and his treatments for her flawless complexion and youthful looks.

Epione, the clinic started by the cosmetic doctor to the stars Dr. Ourian, specializes in cosmetic dermatology and provides a painless laser skin resurfacing method that has become all the rage among Hollywood stars. The technique uses a specialized process to burn off skin cells but, through a patented innovation developed by Dr. Ourian, the patient feels no heat or discomfort during the process; it is as though it is a ‘cool laser’ and hence its name.

Epione is a luxurious medical spa that has become famous not only for its cutting edge procedures but also for its celebrity clientele. The Kardashians were early adopters and since then a bevy of celebrities have beaten a path to his door including Lisa Vanderpump and Jenna Dewan; Jenna, in particular, credits the Coolaser process for helping treat her melasma.

Nicole is living proof that the technique produces amazing results and is part of the reason her fans suspect she has found the secret of eternal youth. Her otherworldly complexion has people in shock that she can look so young and natural at her age. Now we know that at least part of her secret is Epione and its founder Dr. Ourian.