A history of a mostly unfulfilled American promise

There was once a time when they really did it: As many as 30,000 Vietnam War draft dodgers fled to Canada from the United States – mostly during the early 1970s. They weren’t alone. Estimates put the total number of U.S. citizens who emigrated to Canada during that era at over 100,000; the largest “exodus” to Canada since British loyalists headed north rather than join the revolution that spawned the United States. 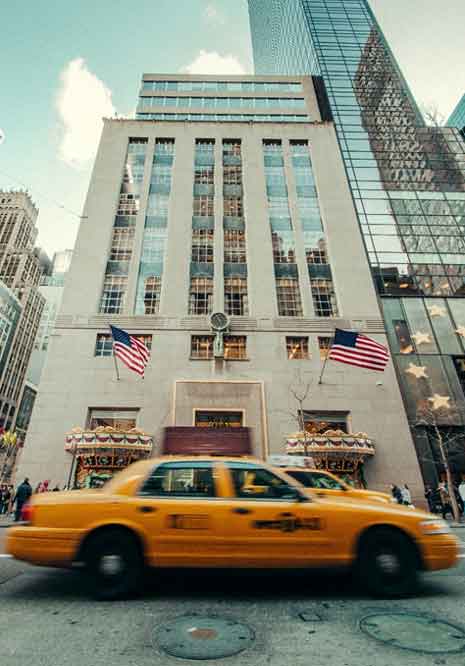 The sentiment mostly died down until the U.S. election of 2000. Bush V. Gore stirred the “move to Canada” pot anew and since then, every four years, it’s basically a new American tradition to ‘threaten’ a move north should so-and-so win – especially among celebrities who theoretically have the ability and capital to make good on such a threat.

How many actually make good on their vow? Not a huge number, but it isn’t zero. Figures from Time Magazine show a spike in Americans becoming permanent Canadian residents that can pretty clearly be tied to the re-election of George W. Bush. According to Time, “Just 6,990 Americans became permanent residents of Canada in the year Bush beat John Kerry to return to the Oval Office, according to figures provided by Immigration, Refugees and Citizenship Canada (IRCC). That number jumped to 8,394 in 2005, the year Bush was sworn in for his second term. Americans continued to move to Canada as permanent residents and the number skyrocketed to 10,190 — the highest recorded number since 1980 — in 2008 before falling drastically to 8,995 the next year when President Barack Obama began his term.”

And what about after the improbable win of alleged businessman and reality television host, Donald Trump? According to Global News, “2,000 more Americans than usual” have moved to Canada since liberal American jaws dropped to the floor on the night of Tuesday, November 8th, 2016.

In short: Americans aren’t all talk when they vow to escape to Canada. But when it comes to U.S. celebrities, they are – unsurprisingly – mostly full of hot air. After Trump’s win rapper Snoop Dogg said he was looking at Toronto real-estate, but then apparently forgot about moving after California legalized recreational marijuana. American actor and singer Raven-Symone early in the 2016 race loudly proclaimed that in the event of a Republican win, “I’m going to move to Canada with my entire family. I already have my ticket.” A TV episode later made light of her “embracing becoming Canadian,” but she’s stuck to the land of the free. Likewise, pro-Clinton actor Lena Dunham; pre-election she was definitely moving to Vancouver, but post…well, said she’d stay and continue her mission to spread justice and love or something. Neve Campbell, a Canadian citizen, mused about going home after Trump, but she never called International Van Lines.

Not all swore to flee north. Singer Cher ambitiously pledged to relocate to Jupiter. Whoopi Goldberg, Amy Schumer, George Lopez, and Samuel L. Jackson all claimed to be planning moves to somewhere, Spain, Mexico, and South Africa, respectively. None of these plans – that we are aware of – have come to fruition.

And it’s worth mentioning it again: the reason the media generally fixates on celebrity vows to move is that they’re among the few Americans who would actually be able to do it. U.S. nationals have to get in line and do the whole immigration thing; which isn’t cheap or quick. Sure, most Americans probably speak English (one of Canada’s two official languages), but simply being American – or the fact that your county is nearby – doesn’t grant you much preferential treatment.

There are, however, another group of people who are much more likely to pour into Canada in the following years, and most couldn’t care less who naps in the White House. In June 2020, Deputy Prime Minister Chrystia Freeland threw the doors open to Canadians in Hong Kong. “There are roughly 300,000 Canadians currently living in Hong Kong,” Freeland told the press. “All of those people are Canadian, and of course, dear Canadians living in Hong Kong, you are very, very welcome to come home anytime.”

China may not be so willing to “let my people go,” but we’ll see. Freeing up 300K spots in Hong Kong for PRC nationals doesn’t seem like that big of a burden.

On this side of the globe, Americans will invariably continue re-pledging relocation as they find out if their next leader is the 74-year-old incumbent or his 78-year-old challenger; and it will be interesting to see if any Republicans vow to move to say, Alberta, should the grinning ex-VP Joe Biden take the crown. To any Americans seriously thinking of a move, here’s some recommended reading, but bear in mind that Canada has not announced an open-door policy for Americans seeking freedom from the winner of the American Electoral College.

If history proves to be a guide to the future, which it almost always does, “Americans moving to Canada” will continue to be a marginal phenomenon undertaken by several thousand each year, rather than anything approaching biblical proportions – and almost none of them will be famous.