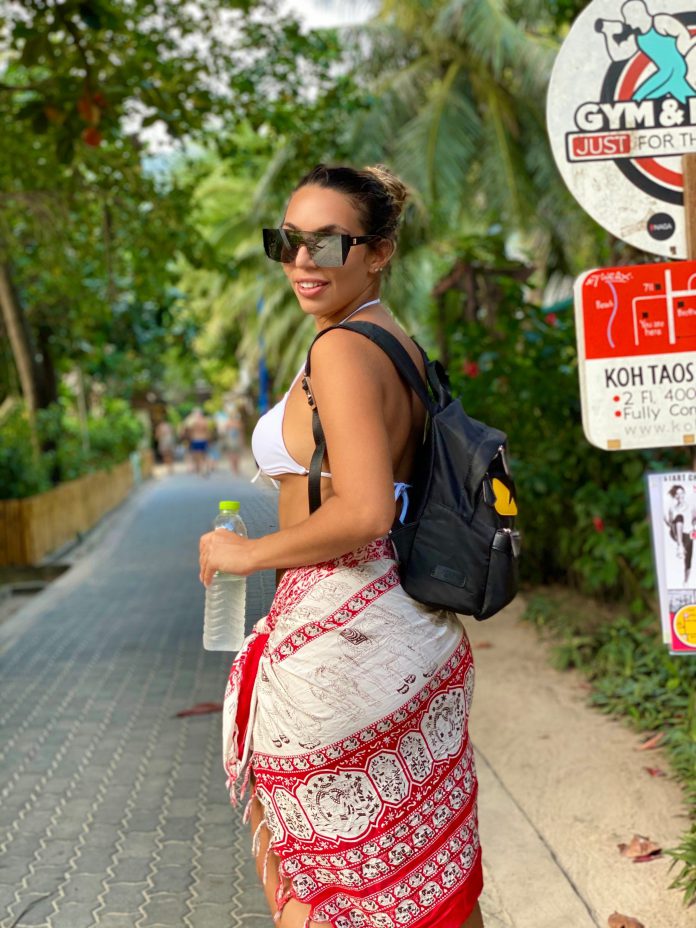 Ara QueenBae is one of our favorite travel influencers who we know for posting sexy bikini and lingerie photos of herself all over the world. She’s an experienced traveller and vlogger, so fans were both worried and shocked when she recently uploaded a video on YouTube called ‘WE ALMOST DIED IN THAILAND’. The vlog starts off exactly how you would expect a travel vlog to start: exciting and fun with Ara in the airport. It continues showing her having food from the vendors on the streets, drinking, beer and exploring what Thailand has to offer. However, things take a turn for the worst when it shows Ara and her friend getting into an accident while driving a motorized scooter.

having an accident in a foreign country, I sat down with her and had her tell me her story. Ara shared with me exactly what happened, spoke about having to pay off the cops, the injuries they received, and why she chose to share this traumatic experience online.

Araqueenbae first explained that it’s very common in Southeast Asia for tourists to get into scooter accidents. With the combination of driving culture being vastly different than in North America and many people travelling to Asia never having driven a motorized scooter it’s easy to understand why that is. When Ara and her friend got into the accident, Ara was on the back of the scooter, a van came into their lane and her friend who was driving ended up hitting the van. The crash left both Ara and her friend shocked, but physically they felt fine. After the accident Ara had to actually pay off the cops. Saying that since they were foreigners who ‘caused’ an accident it was necessary for them to pay, even though they weren’t technically in the wrong. Ara did this, paying them a total of $400 USD, and then returned back to their villa.

Spending the rest of their day digesting what had just happened. Trouble struck after a few days when Ara realized that her friend’s injuries were a lot more severe than they had initially anticipated. “We didn’t think it was serious at first, but as days went on we realized she was internally bleeding”.

coronavirus pandemic had just started. Aras’ friend was hospitalized for a month in Thailand, but eventually they both managed to travel home safely.

So what did Ara want to share from this experience?

happen to anyone, anywhere, anytime. Though things may look glamorous online, this is real life, and accidents happen to everyone and that you need to take care of yourself and be properly prepared when travelling. Emphasizing the importance of travel insurance no matter where you’re going in the world.

With the global pandemic coming to an end soon and everyone’s travel bug going haywire from being stuck at home, it’s an important time to heed her warning and not let excitement get in the way of being prepared for your next trip.