Home Covid-19 International Covid-19 Q&A: How the mayor of Freetown, Sierra Leone, is preparing for COVID-19 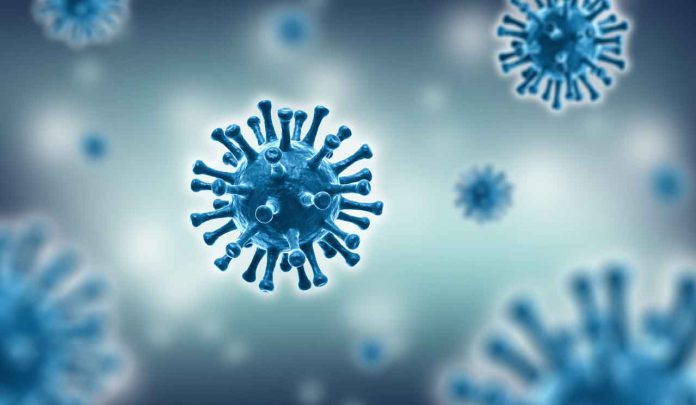 Yvonne Aki-Sawyerr was elected mayor of Freetown, the capital of Sierra Leone, two years ago and launched an ambitious push to improve life for the city’s million residents, many living in landslide-threatened slums without running water or toilets.

As the coronavirus pandemic takes hold in West Africa – Sierra Leone has just 15 cases so far, but neighbouring Guinea has more than 400 – she talked to the Thomson Reuters Foundation about the challenges of keeping the city’s residents safe.

The virus infection rate is low so far in Sierra Leone but what do you expect in coming weeks?

Being at a low number doesn’t mean you’re going to stay there. For me the key challenges are the existing vulnerabilities.

The fact is prevention requires hand washing – and because of lack of investment 47% of my population does not have access to running water. So the concept of washing your hands becomes quite theoretical.

How does social distancing work in a city with so many people living in close quarters in slums?

In informal settlements, you have thousands of people cramped into very small spaces. It’s a maze of tight and narrow alleyways. There’s no road network.

I was in a community yesterday, in an open space, but people were crowding around. I said, ‘Stand back, put your hands out – this is what social distancing means’. But it’s hard to conceptualize when your daily living standards are so cramped.

We had some information done, in Krio (a local language) about how to isolate, showing a picture of a person in this nice room with a desk, a laptop and a flower on the table.

But I’m thinking, ‘People in zinc shacks, sleeping multiple people to a room – how do they relate to this?’

So what can Freetown do to reduce the spread of the virus?

We have been working on a plan for relocation and upgrading of slum communities – though there are 68 informal settlements and we have funding to do five – and we have been engaging with them as part of that.

I went to Susan’s Bay, one of the biggest slums, a couple of weeks ago. People said, ‘We live in cramped conditions – what do we do?’ Our decision was we’ll not touch people – that’s the best we can do.

How do you manage a coronavirus lockdown in a city where so many people depend on day-to-day work to survive?

Trading is what probably 60% of people in employment do. Without sufficient spaces for them in the markets, people have migrated out onto the streets. Getting then back in isn’t easy. But at the markets, we’re starting out now with simple things.

Will people living under lockdown having enough access to food?

We have had a three-day lockdown so far and in that period we, as a council, were able to provide food for the most vulnerable in three informal communities – but we have 68.

We are talking with donors and working with the national government on food vouchers, figuring out how to implement them.

But this is not going to prevent people suffering from hunger – we’re under no illusions. This is a cushion, but there will still be a lot of pain.

One thing we’re doing is introducing some very basic urban farming, with pots, seeds, vegetables that can grow in a short space of time. That could take the edge off hunger and hopefully create a model that builds more sustainability in these communities.

Freetown has struggled with deadly mudslides and floods. How do you avoid having multiple disasters in Freetown, as you deal with the coronavirus?

We are conscious of not wanting to have a disaster within a disaster. We can’t afford in the midst of this outbreak to end up with a cholera outbreak as sanitation moves backward, or a flooding disaster.

We’re working with partners to build drains, and systematically working with communities to identify flash flood points in the rainy season and address them.

We are changing attitudes and putting in place systems that will definitely make our resilience better, even beyond COVID19.

You’ve been talking with other mayors on how to deal with coronavirus, through the C40 network of cities. What are you learning?

We’re heavily dependent on property taxes, like other cities – and lots of people are looking to default (on taxes this year).

We’ve done geomapping to try to expand our property tax base, from 57,000 households on the books to 120,000 households. But we haven’t even sent out the (bills) yet.

Now, who will pay those property rates when people are losing their jobs? Without that money, we are cash-starved as a city. That’s a major challenge as we face this outbreak.

This interview was shortened and edited for clarity.