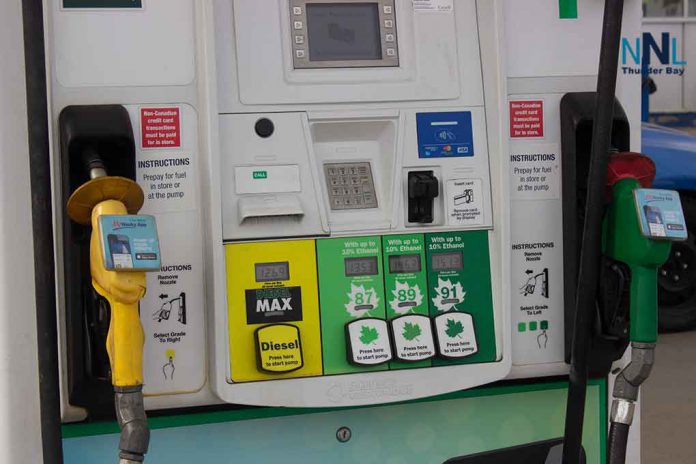 By Jennifer Hiller and Ron Bousso

NEW YORK/LONDON (Reuters) – Exxon and Chevron boasted to investors this week about booming U.S. oil production, illustrating how the gap has widened – at least in words – between top American oil and gas companies and their European rivals over efforts to transition to clean energy and fight climate change.

World crude oil and natural gas production is running at an all-time high, bolstered by big increases in recent years in the United States, Brazil and other nations. At the same time, a growing climate movement is pressuring governments and corporations to lower emissions as the world warms.

U.S.-based Exxon Mobil and Chevron this week focused their investor outlooks on sharp growth in oil and gas output, a stark contrast from their European rivals including BP and Italy’s Eni which last month unveiled plans to trim their traditional business and reduce greenhouse gas emissions.

But as of yet, no European major invests above 10% of its total spending on renewable energy. All the world’s oil majors still plan investments in new fossil fuel production, underpinned by forecasts for years of rising demand for oil and gas.

“These companies all have very similar business models,” said Ben Ratner of the Environmental Defense Fund. “The differences we’re seeing now are largely about what they’re saying.”

The industry faces mounting pressure from investors and climate activists to meet the 2015 Paris climate goal of limiting global warming to below 2 degrees Celsius from pre-industrial levels.

Publicly, the European companies have been more vocal about their plans to cut carbon emissions. BP, Eni, Royal Dutch Shell, Norway’s Equinor and Spain’s Repsol have all agreed to reshape themselves by increasing spending on renewable energy and setting varying ambitions to reduce carbon emissions.

“We have got to change and change profoundly because the world is changing fast and so are society’s expectations from us,” BP Chief Executive Bernard Looney said in his a speech on Feb. 12, one week after taking office, where he presented a vision to “re-invent” BP by slashing carbon emissions and lowering oil and gas output by 2050.

Italy’s Eni last week pledged to reduce its oil production from 2025 and slash its greenhouse gas emissions by 80% and in one of the sector’s most ambitious clean-up drives.

But Exxon CEO Darren Woods, when asked about setting targets for carbon emissions on Thursday, said the company was focused on reducing emissions and would not engage in a “beauty match” with its peers over how its investments appear when looking at a broader societal problem.

Chevron CEO Mike Wirth appeared to question the Europeans’ strategy. “Whether or not there’s a pathway to some of these long-term aspirations remains a question,” Wirth said this week.

Wirth returned to those remarks at an annual investor conference on Tuesday in New York, noting that while European companies have greater long-term aspirations, Chevron has released a set of shorter-term emissions targets that “are very tangible here and now.”

Before 2025, Eni’s oil and gas output is also set to rise by 3.5% per year. And BP vowed to stick to its financial plans in the short term.

Chevron and No. 1 oil company Exxon this week laid out plans to sharply grow output in shale oil basins and around the world. Chevron vowed to return to shareholders $80 billion by 2025.

Exxon plans on increasing spending this year to $33 billion, sticking to plans to “lean in” on capital expenditures.

“The fact remains that Exxon still provides investors no assurance that it has a strategy consistent with the goals of the Paris Agreement and continues to lag behind its peers,” said Edward Mason, head of responsible investment for the Church Commissioners for England, who co-leads climate talks with Exxon.

Chevron is not pursuing renewables as a standalone business, but sees investments in wind and solar that can provide power to its oil field operations. It set short-term climate targets, saying it would drop greenhouse gas and emissions intensity by 2023.

(Reporting by Ron Bousso in London and Jennifer Hiller in New York; Editing by David Gaffen and David Gregorio)