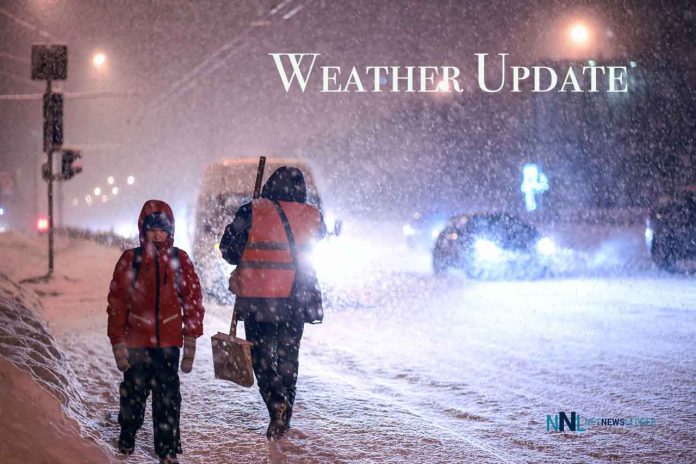 A trough of low pressure tracking eastward across the prairies will spread snow across southern Manitoba today and tonight. The highest snowfall amounts are expected along and north of the Trans Canada highway and generally south of an east-to-west line through Gimli. Snowfall totals in the area are expected to be in the 10 to 15 cm range. Snow will taper off over western areas overnight and eastern areas Thursday morning.