Home News International News President Trump – “The US is Ready to Embrace Peace with all... 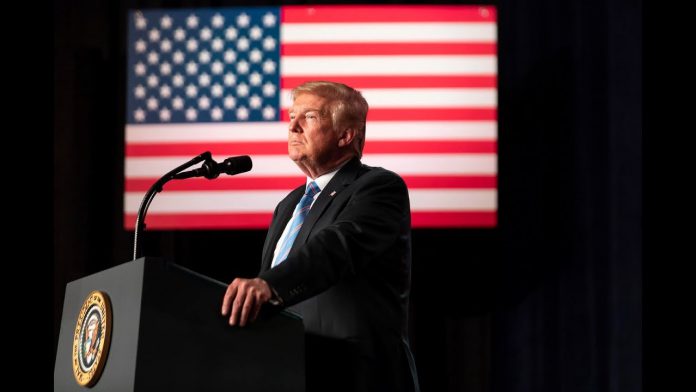 WASHINGTON – President Donald Trump addressed the world from the White House at 11:30 AM. The President opened his remarks stating that there would be no way Iran would be allowed a nuclear program. “Iran must abandon its nuclear ambitions and end its support of terrorism,” says Trump. “We must all work together toward making a deal with Iran that makes the world a safer and more peaceful place.”

Speaking to the American people and to the people and leaders of Iran, the President said, “Iran appears to be standing down, which is a good thing for all parties concerned and a very good thing for the world.”

“Finally, to the people and leaders of Iran, we want you to have a future and a great future, one that you deserve,” Trump said. “One of prosperity at home and harmony with the nations of the world. The United States is ready to embrace peace with all who seek it.”

The President opened the door for negotiations saying that while the United States has the most powerful military in the world, that he doesn’t want to use it. This is a step back from some of the recent Tweets from the President.

Flanked by Vice President Mike Pense and members of the United States military, the President spoke for about ten minutes in an address which was almost 30 minutes later than originally planned.