She confirmed the fact that there is nothing in the 2020 budget for the Dease Pool kids or Dease Park. She also stated that a proposed tennis and picket ball court at the present site was no longer being considered due to public feedback. 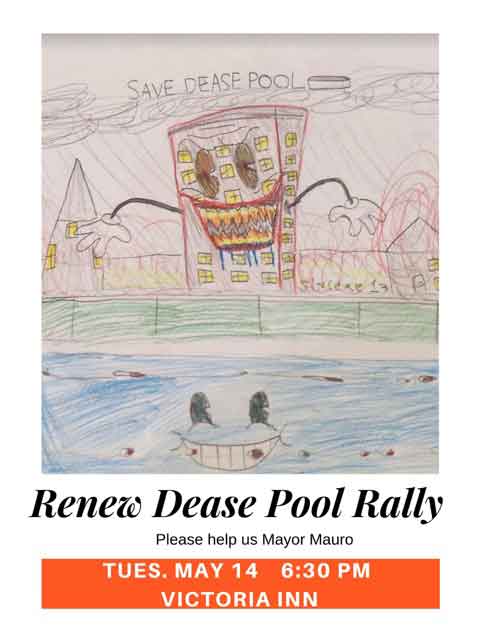 When I asked her who came up with the idea of turning the Dease Pool property into a tennis and pickleball court she stated she had help from a team of about ten city employees.

Over the last year, tens of thousands of tax dollars and hundreds of man-hours have been spent by city administration on public meetings, online surveys, reports, etc and for what?

She also stated that they will continue this process in 2021.

Stop already and just fix the pool. Instead of spending $260,000 dollars to demolish the pool use it to help rebuild the pool.

Thanks to Councillors Andrew Foulds, Aldo Ruberto, and Peng You for voting against the demolition of Dease Pool.