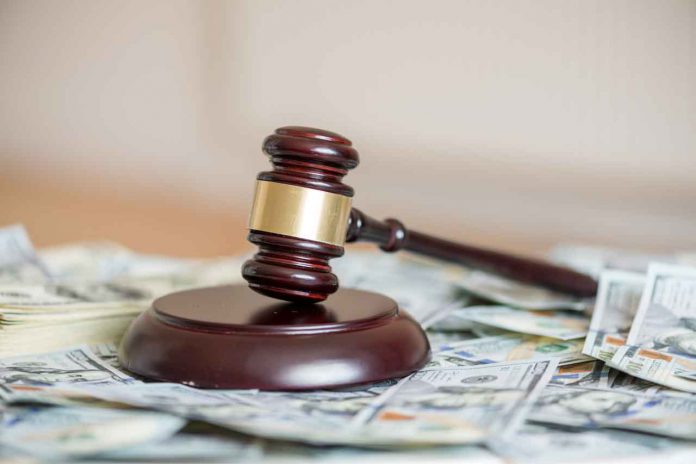 When a person gets a civil lawsuit filed against him or if he gets charged with criminal offenses, he has to appear in court before a judge or a jury who decides whether he should be released in the community before his hearing or trial or should be kept in jail until he’s proven guilty or innocent.

In some cases, the court releases the people on their own recognizance. It means that due to their community participation, the court trusts people that they will show up in the court for the next hearing and will comply or abide by all the terms and conditions put forward by the jury or judge. Conditions might include not drinking alcohol or not meeting the victim’s family or the victim himself.

If the judge isn’t sure that the accused person will meet the terms and conditions put forward by the court, he or she has to put up a specific amount of money to assure the judge that they’re going to show up for the hearing. This payment is known as bail. It is not fixed and can vary from a small amount to amount in millions.

The court holds the money until the accused person shows up for the next court date. If he had been compliant with the terms put forward by the court, all the bail amount will be returned by the court.

To handle the bail matters, you need professional help as it is not easy to convince the judge and to get bail without having to put a large amount of money in court’s hands. Here is when bail bonds companies step in to help you.

What Is A Bail Bond Company?

Bail bond companies assist people who have a civil lawsuit filed against them and are waiting outside the jail for the next trial date.

In most cases, people cannot afford bail money even after raising funds from their friends and family. Bail bond companies help these people and sell them a surety bond. That surety bond acts as an assurance that they will appear before the judge on the very next trial date.

Once the bail bond is secured, the bail bonds company sends a bail representative to the court to pay some amount of the bail’s money. He further ensures that the rest of the bail money will be paid if the accused person violates any conditions put forward by the court.

Bail bonds companies have to be in this business for a long time in order to secure a strong position in this business entity. They need to hire bail lawyers with adequate knowledge and experience so that they can navigate the accused people’s way through some of the toughest civil systems.

Bail bonds companies have agents whom you can contact if your loved one is having trouble raising the bail funds. Usually, the agents of any bail bonds company work day and night and also on weekends to ensure that they can help accused people who want to get released before their next trial date.

How Bail Bonds Can Help?

Bail bonds can help an accused person in a million ways. He just has to get in touch with a reputable bail bonds company before his arrest.

Bail bonds companies do not proceed the process unless they are aware of every chunk of information regarding the criminal charges against the accused person.

But as soon as they have a generic view of the case, they start working on your case and try to provide you with a bail bond as soon as they can. However, you need to fill out a basic application form which might include details like:

Even if you do not have the above information, the bail bond company helps to get it for you. many bail bond companies have good rapport and networks with law enforcement agencies and courts. In fact, they have a mutual understanding and respect for each other and converse in the best manner. This is what helps them to get all the useful information for you.

What Happens After An Arrest?

After the accused person has been arrested, he will be scheduled to sit in a pre-bail meeting where the judge will decide how much money he has to pay to the court before he can be released to the community.

After the bail bond request has been filled, the bail bonds company immediately starts the process. Release time from jail on the basis of a bail bond might vary from jail to jail.  It might take you 2 hours to get released or even 12 hours. In the end, it all depends on the facility’s location, its reputation, its size and the number of officers on duty.

What Happens When A Client Skips The Court’s Trial Date?

In most cases, accused people comply with the terms and conditions put forward by the judge. But some people fail to do so and end up being in trouble.

When this situation arises, bail bonds companies are empowered and allowed by the law to apprehend the accused clients and to bring them before a judge as soon as possible.

Clients who fail to appear on the trial date are often tracked down by the professional bail enforcement agents of the bail bonds companies. They are called ‘bounty hunters’ and are responsible for apprehending the fugitives or their clients in a safe manner.

If in case the accused client cannot be apprehended or does not show up to court, bail bonds company has to pay the rest of the bail money to the court. This situation allows the company to seize any collateral used for the bonds, such as the jewelry, car, house or other valuables.

When Do You Need A Bail Bonds Company? – 4 Scenarios

Here are some scenarios you might want to go through:

Bail bonds companies have professional lawyers who have a specialization in handling bail cases. They have credible knowledge about criminal law and incarceration. The bail lawyers can provide you with the best options available for you when you are charged with criminal offenses. They can also make special recommendations and assessments if you are wrongfully accused or had some complications in your arrest.

A bail bonds company can help you escape from the embarrassment of raising funds for your bail money through your friends and family. A bail bonds company has a simple process through which you can have a secured bail bond in no time. You won’t even have to pay the whole amount to be released. The company usually pays some amount of the bail money and you are out. Though, you have to keep your valuables such as house, property, car or jewelry as collateral for a secured bail bond.

A bail bonds company or a bail bondsman helps you to lessen your jail time by providing you a secured bail bond. It eases your burden of paying the full bail money by paying some amount of bail money for you. All you have to do is comply with the conditions and appear in the court on time.