Home Legal Everything you need to know about a felony charge 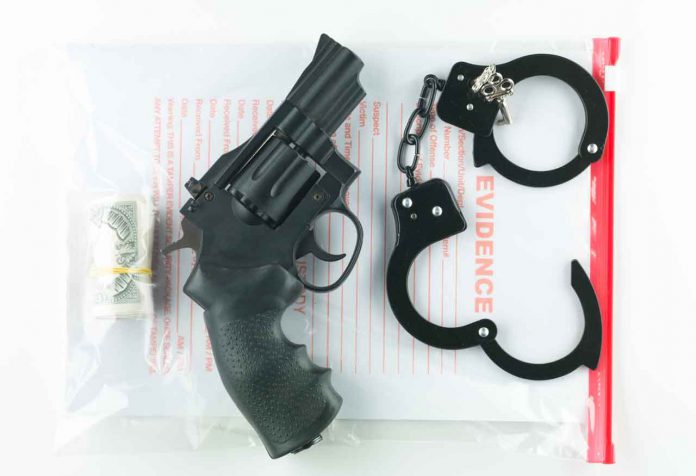 There’s no escaping the fact; the crime rate continues to rise every day despite governments putting in so much effort to curtail it. Every day the news headlines are flooded with information regarding criminal activities conducted in so and so countries. There are many reasons why people engage in criminal activities. When they do, they get charged with a felony. Before we dive full throttle to understand the ethos behind doing a crime, it is important to understand what a felony is.

Millions of Americans are swept into the misdemeanor system every year, but only recently have scholars sought to dig into the numbers of low-level crime.

What is a felony?

In simple words, a felony is classified as one of the most serious and notorious types of crimes. Felony covers many criminal acts such as physical harm, fraud, and even theft. Therefore the punishment for these crimes is hefty which means one could easily end up in jail for years, life imprisonment and hanged till death. The length of each of the punishments is directly related to the rules and regulations of every state. Most people acknowledge felonies like murder, burglary or a misdemeanor.

There is a difference between felony and misdemeanor. Following is a list of all the felonies which are acknowledged as one by every state:

This is just a precise list of many felonies that are conducted every year.

Why do people conduct felonies?

There are many reasons why people engage in criminal activities. Some of the common reasons are:

This is perhaps a concrete reason for a lot of people to put their foot in the criminal world. You will be surprised to know more than 172 million people in the world are currently unemployed and not working at all. Unemployment is defined as a situation in which one is not able to find a job to provide for the family and himself.

Poverty is defined as a situation in which people are unable to get the necessities they need for survival. World Bank claims more than 10% of the world’s population is living in poverty however critics suggest the percentage of unemployed is more. Poverty is rampantly growing in the world with the rich getting richer and the poor getting poorer every day.

A lot of people join the criminal industry because of peer pressure. For instance, if an office colleague is involved in drugs, he/she will very likely compel the other people to join the bandwagon to earn money in this way. Furthermore, In many communities, it is common for family clans to be involved in criminal activities.

This is another common reason why people engage in criminal activities rampantly. Depression is a mental health issue that has encapsulated millions of people across the globe. One of the cons of depression is it compels people to do things they’ve never done before. For many people, criminal activities provide therapy to the brain.

What are violent and non-violent felonies?

Keep in mind there is a demarcation between violence and felonies. There are two types of felonies; violent and non-violent.

In this type of felony, the criminal uses some force or threat against a person. Interestingly in some states, any force against property is also acknowledged as a violent felony. Furthermore, even if some incidents do not have violence embedded in them, a person still gets charged to commit violence.

Many crimes are not inclusive of violence, yet are experienced by the public as a greater risk of some damage. Simple examples include tax evasion, fraud, grand larceny and money laundering.

What are felony degrees?

Though every state has a different take on felonies, yet common law in most states divides the felonies into four degrees. Following are the four types of felonies by the degree you must know:

This is inclusive of murder, kidnapping, fraud, sexual assault, rape, and arson.

In this degree, the government counts elder abuse, driving under the influence, fraud, assault and battery, transmission of pornography.

This list is inclusive of resisting arrest, involuntary manslaughter, larceny, and burglary.

What are the felony classes?

There are two ways to classify felony classes; the letter system and a numeric system. Most states use a lettering system to classify different felonies. For instance, a state in the US has classes that are class A. class B, class C, class D, etc. So this means, class A is an equivalent first-degree felony. In other states of the US, the numeric system is very popular.

How much are the felony fines by degree?

Apart from the prison sentence, a person has to pay a hefty fine to eradicate a charge which is on his/her head. For instance, if a person is caught with a fake ID in the first offense, he/she will have to serve one year in jail and pay a fine worth $1000 which is often $3000 in many states. Similarly, in felonies, the courts of law set a fine that has to be paid no matter what. The ethos behind taking the fine from the criminal is to pay that money to the victim who has suffered physical, mental and emotional loss. Following is a list of fines according to the different felony degrees:

How long is the sentence?

Sentencing is a major part of the felony which has to be catered for. Even if a criminal has millions of dollars to offer, yet he/she will have to serve the decided time behind bars. The jail sentence is based on the class of crime and the guidelines which are laid by the state. The sentence ranges from:

What are federal felonies?

Federal felonies are hefty crimes and are classified on a state level. If you are ever convicted of a federal felony you must hire a suitable lawyer to help you navigate a lot of things for your future and the family. You must google the name of the city along with the description of a lawyer to get suitable people to help you out. For instance, if you are from Vista, you must google vista criminal lawyer to get a list of all criminal lawyers of that place. Federal felonies are classified in letters as:

Furthermore, people who are convicted of felonies have to pay a fine which is worth $250,000. However, these kinds of felonies are inclusive of:

Are all felony punishments the same?

No, every felony has a different punishment according to the rules defined by every state. Though a large part of crimes falls under felony, the penalties are different. However, during the court hearing, the punishment depends on the evidence available and all the other factors which are important to take into consideration. In most cases, a person will at least have to serve around one year in prison. However, in cases related to murder, a person might be hanged as well.

If you are researching felony it is a must for you to be well versed with a few terminologies. Some of them are:

What are the cons of being charged with a felony?

There are many disadvantages to being charged with a felony. There are many cons such as getting sacked from the job, getting ostracized from the local community, not being able to get admission to a good university, deteriorating personal relationships, not being given issues loan by the bank, etc.