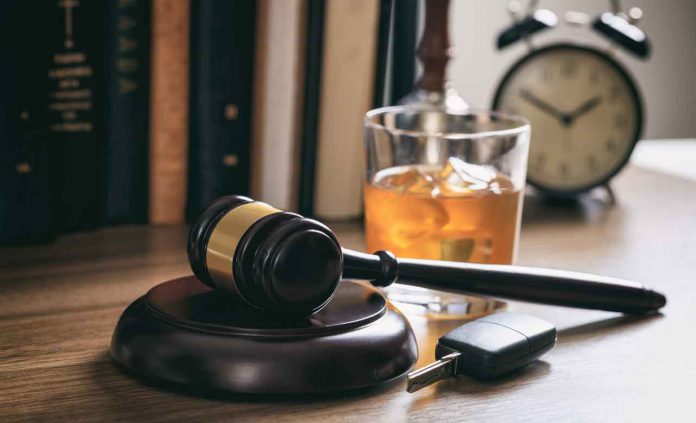 Alcohol impairs the ability to think and make decisions. It’s illegal in many countries due to the danger it possesses. It’s an industry that accounted for $1324.1 billion in 2017, and it’s increasing every year. These are more than enough to show the popularity of this beverage. Despite all the lives it has taken, the government knows that alcohol can’t be banned. There are millions of people in the United States that use it as a part of their everyday life, and these people also include almost every government official.

This is no secret that alcohol destroys your body from inside and can cause cancer. However, it becomes a real pain when one’s bad habit becomes a problem for others. Drinking isn’t just a nuisance, but fatal for many innocents who pay for the mistake of someone else. Among of the most foolish and dangerous things done by addicts is drunk driving. According to the CDC, 28% of traffic-related deaths are caused by drunk drivers, killing 10,497 people in 2016 just in the  States. People are not bad just because they drink, but they end up doing some idiotic things when they are impaired by alcohol.

In California, Fox News recently reported, “A 22-year-old Caifornia woman was sentenced to 13 years and four months in prison Wednesday after being convicted in connection with a drunken driving crash last March that killed a Lyft customer and left another victim with severe brain damage.’

Here I’ve shared some of the dangers of drinking and driving, and how to avoid them.

Driving is a task that requires full attention.  Almost every part of your body has to be active and working to drive effectively. You have to ensure the steering stays straight with your hands, you don’t accelerate too much with feet or don’t push breaks too hard, and keep eyes on the road so you know where you are going. Depending on your vehicle, you might also need to change gears. All these jobs require coordination between your body parts. Your mind processes everything and controls your body to do the right thing at the right time. However, the brain can’t exactly perform its best when you’ve intoxicated your body with alcohol. It impacts the connection of your brain with the entire body resulting in a lack of coordination. If there is no coordination, you’re likely to make a big mistake on the road.

Drinking slows down your brain making it difficult to process things. The most common result is slowed reactions in this case. No matter what you see or hear, it’ll take some time before your brain can process it and decide what to do next. You need to have full attention while driving because of every millisecond matters on the road. We may not pay attention, but our mind is constantly calculating time and distance while driving. For example, it determines at what angle you should move to steer, what should be your speed at a turn, and what would be the safe distance if there’s a vehicle ahead. You automatically increase or decrease speed by judging the situation which keeps you and others save. Because your brain works slow when drunk, it’ll be too late by the time it can determine the next action based on the situation.

Your Vision is Decreased

Alcohol is known to cause vision impairment, which can also lead to temporary damage. People experience blurred or double vision when their body is intoxicated with alcohol. Normally this issue wears off the next day when you are fully sober. However, we also can’t deny the adverse impact it has on our eyes. Visual impairment can be the most dangerous while driving. You have to look out for and keep an eye on every little thing on the road. If you are seeing two of one thing, hallucinating, or can’t see things clearly, then you can’t drive a vehicle without hitting something or someone.

No matter how minor the accident, your car will be damaged when you have a bad encounter. A drunk driver doesn’t have the conscience to understand what he’s hitting. You will realize the damage the next day when you’re sober if you reached home safely. Car repair and part replacement don’t come cheap. You will be asked to state the reason behind the damage even if you have insurance. The insurance company might cover only a portion of expenses if you were at fault. Moreover, they will also increase your premium if they found they were driving drunk.

Likely to be Admitted in Hospital

Your vehicle will inevitably face damage; however, depending on the extent of the accident, you are also likely to be admitted to the hospital. People go for a checkup to ensure everything is alright if they don’t see any apparent injuries. The US has the most expensive health care system in the world. This would put a significant strain on your bank account. In addition to expenses, no one would appreciate the injuries and time spent in a hospital.

You Could Impair or Kill Yourself

The results of an accident can’t be foreseen. You can get out of a serious accident without a scratch, while sometimes you get a severe injury with a little blow. It mostly depends on which part of the body is most affected and how your body was positioned when it took a hit. It isn’t something you can plan. A wrong blow on the head or encountering a sharp object can take your life. Death is the worst-case scenario, but you should also expect the possibility of losing a limb or getting impaired for the rest of your life.

If not yourself, you are likely to end up hurting someone else on the road. It could be another vehicle or pedestrians. A stable person wouldn’t willingly hurt anyone, but you are not stable when driving under the influence of alcohol. A person isn’t in the state of making the right decisions when he/she is drunk. So you won’t be able to convince yourself not to drive when intoxicated. You have to plan these things before you start drinking. Otherwise, your small mistake can result in the death of an innocent and you might have to live with that for the rest of your life.

Police will Arrest You

Police are always on the lookout for drunk drivers. It’s a crime to drive under the influence of any intoxication including alcohol. There are officers on duties day and night to ensure people stay safe on the road. Besides, good citizens would immediately inform the authorities if they felt that a driver is drunk. You are charged with a DUI case presented in front of the court to decide your fate. You should know that DUI is the case when you’re arrested without causing any harm to anyone. There will be a different case in case you have injured or killed someone, or damaged someone’s property. The DUI case has several punishments that are decided based on several factors. The most important of these factors include the number of times you have convicted this crime.

The most common punishment for the offense of DUI is the cancellation of driving license. It is usually canceled for a short amount of time that also depends on how the judge sees you. After you are arrested, the officer will give his statement and proof that you were, in fact, driving under the influence. You will also have your chance to explain the situation. There is also the possibility that your license will be seized for a lifetime if the judge sees you unfit for some reason.

A Heavy Fine with Probation

There is a hefty fine with the cancellation of the driving license almost every time. This fine can go up to $4,000on the choice of the judge. In addition to the fine, most people are asked to participate in a program for a specific period of time. You may be asked to work at a community center or study at an educational program. In these programs, you are made to realize what you’ve done and that you need help.

It is suggested to hire a Vista DUI attorney when you get arrested for this case. A professional attorney will ensure you don’t get the maximum penalty. With a lawyer by your side, you’ll know just what to say to impress the judge. This way you are likely to get minimal punishment. It is also their job to make sure none of their clients is being set up under false allegations.

How to Avoid Getting DUI?

There is only one way to stay away from all that trouble. Don’t drink and drive. It won’t be possible to leave the alcohol at once if it’s become your habit; otherwise, leaving it for good would be my first suggestion. Here are some brief and practical recommendations to avoid the case of driving under the influence.