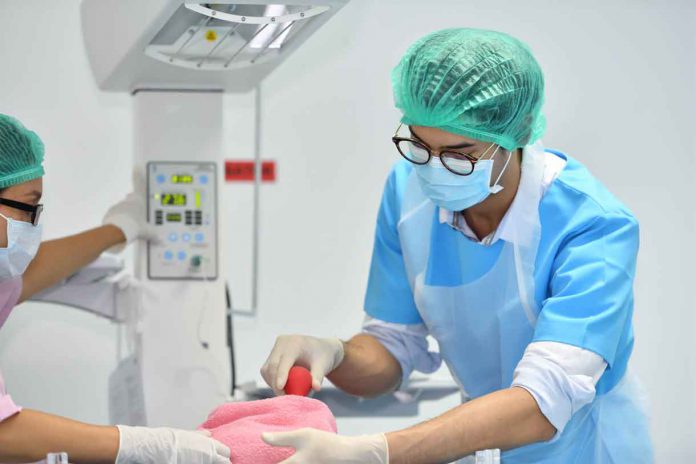 You may not be aware of the term Uloric as it’s not yet added in any dictionary, but the term came under discussion when the United States’ Food and Drug Administration changed the laws related to Uloric. After the change in policy was implemented, the courts observed various Uloric lawsuits coming into the courts. Uloric is basically the medical name given to the treatment used for a decade for treating gout.

A good number of people who got the Uloric treatment reported severe issues like cardiac problems, other severe diseases. Some of them even died after the treatment. After the reported issues, a study was conducted, and soon the researchers found that the Uloric medication which is used to treat gout is causing cardiac disorders. As the report was published and U.S. Food and Drug Authority amended the rules about Uloric treatment, the people who suffered from Uloric treatment and the relatives of the people who died from this treatment consulted the courts and filed Uloric Lawsuits against the medicine companies.

“The FDA said it is updating Uloric prescribing information to require a Boxed Warning—the most prominent warning—and a new patient Medication Guide. The agency is also limiting the use of Uloric to certain patients who do not get effective results or suffer severe side effects when taking allopurinol”. (Source: MedicalExpress.com)

According to reports and stats, about 8.5 million Americans get affected by gout, and the people of the United States have limited options when it comes to gout treatment. Uloric was one of those rare treatments for gout, and due to its effectiveness, it became popular among gout patients. During the last 40 years, Uloric captured the market and doctors started using it as the first-line treatment for treating gout patients. People and the doctors remained unaware of the potential risks attached to drug usage, and they kept prescribing their patients the Uloric treatment for gout.

Due to its popularity, two of the major companies started a joint venture, and after two unsuccessful attempts, they finally got approval from the FDA in 2009. From 2012 to 2017, i.e. in just five years, the company had sold the medicine worth about 2 billion USD. And you might be amazed to know that Uloric was among the top 50 most recommended medicine in the United States. And it was prescribed by 1.3 million doctors every year on average. Now you can imagine how popular was Uloric for treating gout.

Now, as the FDA has reported the mixed reports with boxed warnings to the company manufacturing medicine for gout treatment, the company is still trying to get the approval with different names, and they haven’t stopped their marketing campaigns yet. Rather we have observed they are not marketing it more than before. And as they came to know that FDA has rejected the petition filed against their medicine in the market racks, they got confidence, and they have the mindset that their medicine sale may decline, but it will not go down to the level they need to worry about.

Well, the major blow will come in the form of Uloric lawsuits filed by thousands of patients and their relatives in the courts of the United States of America and in the United Kingdom as well. The cases are in court, and nothing came out yet. Once it starts coming, the situation may not remain in favor of the company producing the most popular medicine for gout treatment. Whatsoever, we can’t wait for people to die.

It’s in an Early Stage Yet

As the law and the rules by the U.S. Food and Drug Administration are quite new, we don’t have any examples of consulting. The Uloric lawsuits in the courts are still in the early stages, and we haven’t observed yet any settlement. And as the law is giving cover to the people who used Uloric treatment during the last ten years, the number of Uloric lawsuits is in thousands. It would be quite early to state what an aggrieved party gets and what are the remedies available to the injured party.

Some of the major health problems reported in the lawsuits are:

As we discussed above that most of the patients gone under Uloric treatment reported cardiac problems including stroke, heart attack, and angina, Federal Drug Authority finally revealed in its report that Uloric treatment and the medication results in an increased risk of death due to cardiac failure in the patient. They issued a black box warning to the people using Uloric medicines. If you are not aware of what is a black box warning, you should just keep in mind that every boxed warning is the strongest warning that the Federal Drug Authority can issue.

The FDA research was conducted majorly in the USA and UK, and about 6000+ patients were interviewed and observed for more than two and a half years. And then the finding was included in the report they issued in February 2019 where they warned that patients who are using Uloric treatment for gout have an increased risk of death than patients using other medicines to treat gout.

Petition by a Non-profit Organization

As the Federal Drug Authority released its report about increased death risk due to Uloric treatment for gout, a Nonprofit organization filed a petition and requested FDA to remove the complete stock of Uloric medicine from the market. Though the FDA had clear evidence, they instantly rejected the petition. And then, on the same day, another death was reported due to heart failure in a patient who used the medicine. Meanwhile, the drug manufacturer started marketing the medicine aggressively to keep the people calm and to overcome the situation after the FDA reports.

While rejecting the petition by the Nonprofit organization against Uloric medication, the FDA said that limited use of medicine is not associated with the risk as mentioned in the reports. They explained that a good number of patients also benefited from the treatment. Well, the rejection was still not digestible because it was almost going against their own findings and reports.

Uloric Couldn’t Get Approval in its First Two Attempts

You might be shocked to know that Uloric applied FDA for approval, and the application was rejected by the Federal Drug Authority in 2005. After a few months they applied again in 2006, but this time they couldn’t get the approval from FDA. And then finally they applied after a wait of three years and got FDA approval in 2009.

The problems of the manufacturer didn’t end even after the reports of the FDA. After the petition by the Nonprofit organization, various complaints, and lawsuits filed against the manufacturer. And when the story broke out in the market, the fact came before the people that various doctors had filed lawsuits against the company because they were trying to hide the risks attached to the medical use.

FDA report talked about only Cardiac issues, and they didn’t mention about the kidney problems. In 2011, many of the doctors got a clear idea that Uloric treatment for gout is causing kidney problems in their patients and they had inquired the company about it. But, their complaints never came out because the company was concealing the facts, and they were marketing the medicine aggressively to gain profits before the news goes out.

When we investigated why the company remained silent about the risks and why didn’t they warn the people about all such risk, we came to know that Dr. Helen Ge knew about these risks, and she was insisting, again and again, to tell the people about these risks and she was suggesting to print the obvious warning on the packing of the medicine but her opinion wasn’t considered. Rather, she was fired by the company from her post when they observed that Dr. Helen Ge is not going to stay silent and observe people dying from the use of their medicine.