Home Legal What Happens When You are Charged with a DUI 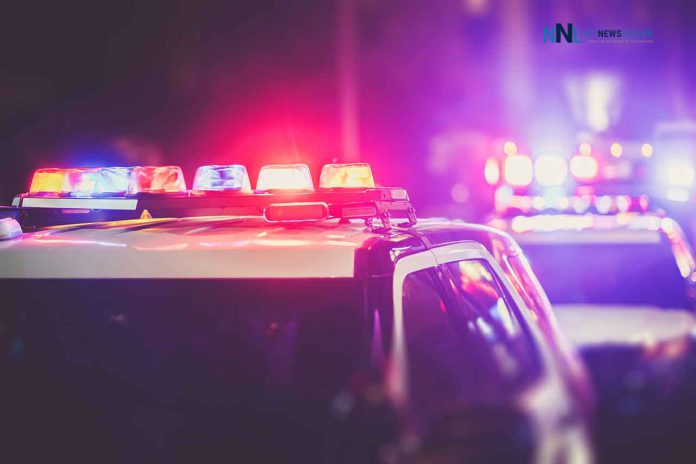 The whole world accepts that people can’t be stopped from drinking alcohol. All we can do is educate people about the hazards of alcohol and how it can destroy their lives. All of the damages are usually limited to the addict and his/her family – maybe that’s why it’s mostly acceptable. However, it becomes a problem for everyone when it starts to affect other people. The most common and most dangerous issue the world faces from alcohol addicts is their habit of driving under the influence.

It’s called DUI when you are driving while drunk. A person doesn’t have control over their senses or their body when under the influence. On the other hand, driving requires one to stay attentive and make decisions almost every second on the road. A drunk driver is likely to hit something or someone. The addict will hurt himself and his vehicle, and this also puts the lives of other people in danger.

Every year hundreds of people in the United States die because some drunk driver hits them. This one little mistake could destroy many families. We are strictly against driving under the influence and request everyone to think of the consequences it could have before you decide to drive while drunk. However, everyone deserves a second chance. That’s why people need a Los Angeles DUI Lawyer to defend their case. They are also on a mission to make sure no one is put behind the bar under false charges of DUI. Here you will learn about every situation you have to face when you drive under influence.

It Could Kill Someone

It’s the first and the worst thing that can happen when you are driving under the influence of a toxin. Remember there are all kinds of people on the road. They won’t exactly be expecting a drunk driver. There is a possibility that you might end up hitting a pedestrian, the ditch, or another vehicle. This means the damage can be more than one life. Even if you don’t kill someone, you can injure yourself and might even take your own life. If you have hit someone or something, it means the police will be informed of the incident. If they can’t find you on the spot and you don’t surrender voluntarily, they will look for you.

There are police officers on duty 24 hours a day, seven days a week to make sure no one is driving under influence. There are also good people who would call police when they see someone drunk driving. There is a big chance that the police will arrest you whether you have caused any damage or not. In case you’ve hit something, law enforcement will reach the spot right away and take you into custody. If an officer doubts that you are drunk while driving, they will stop and test you for toxins inside your body. They could use a device to check blood alcohol concentration or might ask you to do something that only a person in his senses can do. If it’s found that you are drunk, you’ll be arrested right away and taken to the police station for further action.

Your case will go to court and you’ll have to wait for your turn. You may be called the next day, or it might take a few days. If you’re arrested on Friday, you could expect to spend the weekend in custody. The officer that arrested you will testify that he arrested you and that he followed the proper procedure to test if you are under influence. Unless you can prove that police officers wrong, you should be looking forward to punishment. The punishment you get depends on several factors. These factors include the reason behind your actions, the blood alcohol level of your body, and your previous record.

The first-timers usually don’t get a severe punishment; however, it is made sure that your penalty is strict enough to stop you from doing this again. You are allowed to get a lawyer to represent your case in this situation. The lawyer will help minimize your punishment if you were at fault and fight against the charges if they aren’t true.

You Lose Your License

The most common and smallest penalty is the loss of your license. The court may order to cancel your license for a lifetime or for a few months. It all depends on how your case was represented. Many people believe you should simply accept your mistake, apologize, and promise never to do it again. If it’s your first time, the judge will show leniency seeing you understand that what you did was wrong and are already ashamed about it. However, that also may not always work. You might also be asked to first fulfill a few conditions before you can get your license back. The cancellation of the license means you can’t drive anymore. If you are caught driving, you will be prosecuted again and the courts won’t be very lenient about it.

There will be a Fine

You are likely to be charged a significant amount of fine as a punishment. That fine will be big enough to make life difficult for you but no bigger than $4,000. A fine of a few hundred dollars won’t be a big deal for a millionaire, so the court might set another penalty for him. The fine is actually considered a warning. Your fine could be increased or you could be sent to jail if you don’t pay it on time. In most cases, you will have to pay the fine in addition to losing your license. The amount of fine and the duration of license seizure depends on your case and is decided by the judge.

You May Have to Face Jail Time

Though most first DUI offenders never go to jail, this is still a possibility. If it’s your second or third time in this case, then it is a problem for you and you should get a lawyer for yourself. Normally, a DUI conviction can mean you can be sentenced for up to six months in jail. In addition to that, you will lose your license. It’s can’t be calculated if you’ll lose it for a short period of time or for a lifetime. Though the latter is rarely the case, it has happened many times.

Or You Get Probation

Many offenders are sentenced to spend some time serving the community for the trouble they have caused. It’s a great way to keep underage offenders under control and punish first time offenders for minor issues. You should know that the mentioned penalties are in case if you are caught driving drunk. There would be a difference in prosecution if you’ve caused harm to someone. There are severe consequences if you have injured or killed someone. In small cases where no harm was done, you will be asked to work at a community center during your probation period. You could be sentenced to some jail time if you are unable to successfully complete that probation time.

Another punishment for DUI offenders is taking part in a drunk driving program. It’s actually an educational program in which a professional helps you to overcome the issue of drinking and driving. During the period of this program, all your driving privileges are removed and returned to you only after you have cleared that program. There might also be an evaluation by an officer to ensure you have learned your lesson and you won’t do it again.

First, there will be a counsellor in the program to help you identify and accept that you have a problem. After that, he’ll work with you to get rid of those problems. This program is an assessment of your habits for which the counsellor will do his best. If it’s found that you are not collaborating or that the program didn’t have any impact on you, another penalty might be inflicted on you. After completing the drunk driving program, an evaluator will conduct an interview to see if you have changed. There will be a series of questions that you will only be able to answer correctly if the program taught you something.

Expect Your Auto Insurance to Increase

Even though you would have already paid the price for your mistakes, a DUI charge haunts you for life. It can be a problem if you are trying to find a job that requires or involves driving. The problem that you will hate most is the high cost of auto insurance for you. The premium for each insurer is calculated differently considering several factors that include your past record.

Insurance companies need a reason to earn more money from you. With a DUI case, you gave them that reason. On top of all, you need to have auto insurance in order to drive a car or any similar vehicle. If you are known to drive drunk, the company will see you as an irresponsible person. They will consider the worst-case scenario and proceed accordingly. That’s why you will have to pay a higher premium for your auto insurance.

OPP Bust Transport Driver for Driving under Influence of Drugs