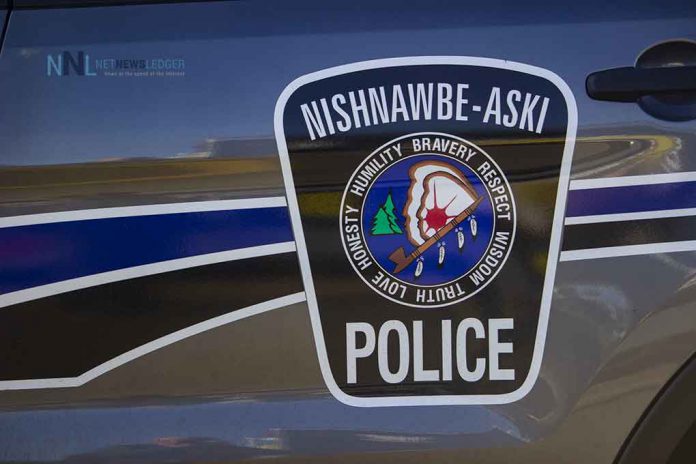 Deer Lake, ON – On October 1, 2019, Nishnawbe Aski Police Service (NAPS) Deer Lake Detachment began an investigation under the Controlled Drugs and Substances Act, assisted by the NAPS Drug Enforcement Unit.  The investigation resulted in the seizure of illegal substances and two people being charged.

Thirty-three-year-old David MEEKIS of Deer Lake First Nation was charged with two counts of Possession for the Purpose of Trafficking.

Thirty-two (32) year-old Joseph MAMAGEESIC of Sandy Lake First Nation was charged with two counts of Possession for the Purposes of Trafficking.

Both MEEKIS and MAMAGEESIC are being held in custody by police pending the outcome of a bail hearing scheduled for October 4, 2019.