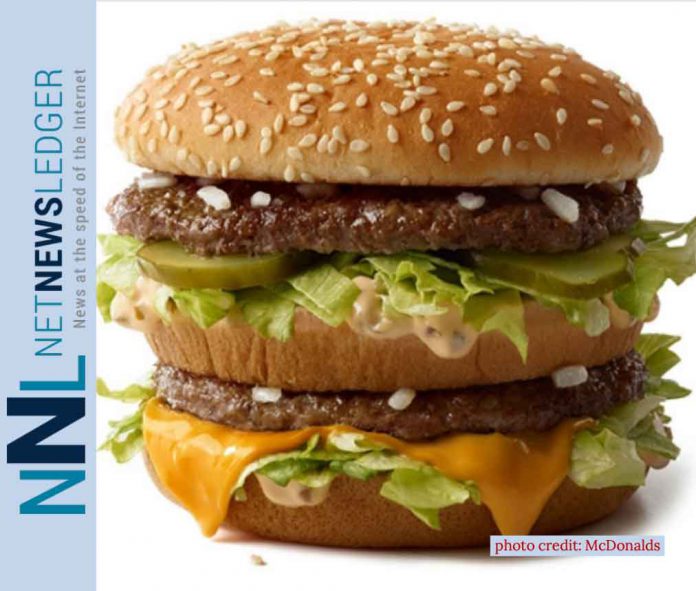 If A&W is seen as a disrupter in food service, McDonald’s could become the exclamation mark in an era of protein plurality

When McDonald’s makes a move, everyone pays attention. That’s just the way things are in the foodservice industry.

For months, rumours swirled around when McDonald’s would launch a plant-based product.

We now know McDonald’s will enter the plant-based game by running a 12-week pilot in Ontario.

This is a global first for McDonald’s. That’s right, Canada is McDonald’s protein test lab.

This summer, McDonald’s heavily promoted the virtues of beef and animal proteins, up-selling the authentic and natural attributes of meat. Many noticed and believed McDonald’s would never add a plant-based product to its menu.

But now McDonald’s will start serving a plant-lettuce-tomato (promoted as a PLT) sandwich at 28 restaurants in southwestern Ontario.

It will cost $6.49, which is almost the same price as the Quarter Pounder. This price point seems to suggest that McDonald’s is reluctant to add a plant-based product to its menu. But the product being added is probably vastly superior to their disastrous 2003 “veggie burger,” which retailed for $1.99.

This time, the company’s commitment appears to be different. The plant-based ethos is in a different place today and McDonald’s knows it. The product, supplied by Beyond Meat, was specially developed for McDonald’s to match consumers’ more contemporary expectations.

The new protein patty will be cooked on the same grills as beef burgers, chicken and eggs. While this could be an issue for vegans and vegetarians, that’s not the market McDonald’s is aiming for.

So the plant-based invasion continues. Even for McDonald’s, the market data is too compelling to ignore.

The fact that iconic Canadian fast-food chain Tim Hortons pulled back from its Beyond Meat breakfast sandwich wasn’t surprising as proteins were never part of the chain’s core business.

But for protein-focused outlets, the stakes are different. Like A&W, Subway and Burger King, McDonald’s is now protein hedging with its menu.

Providing choices to consumers makes business sense. With this pilot, McDonald’s is recognizing that a larger assortment of protein products on its menu will increase the likelihood of purchases.

Some observers suggest that by 2025, more than 10 million Canadians will be deliberately limiting the amount of meat they consume. That number alone is enough to warrant a pilot product.

But the decision won’t come without some criticism. Just ask A&W.

As A&W became the true ambassador for Beyond Meat and plant-based burgers in Canada, it also became the target of anger and a sense of betrayal in the beef industry. For more than a year, A&W was public enemy number one and a taboo topic in beef country.

A&W has gone out of its way to make amends, including funding beef research projects, selling bison burgers and partnering with professional football teams.

And now, McDonald’s, which has supported and embraced Canadian agriculture for decades, could be seen by beef supporters as another company switching to the dark side.

Our collective climate change concerns are real and consumers increasingly consider the planet’s well-being as they browse menus across the country and around the world.

Even if the metrics used to assess Beyond Meat’s true environmental impact remain questionable, a greater number of consumers see our over-dependence on animal production as problematic.

Maintaining a portfolio of alternative protein sources will be key in food retail and service.

What McDonald’s seems to understand with this rollout is how different their PLT should be. An increased focus on the distinctiveness of options based on customer preference will be important. For McDonald’s, serving a meaty, high-quality Big Mac will be as critical to its core business as serving an appetizing and tasty PLT.

If A&W is seen as a disrupter in food service, McDonald’s could become the exclamation mark in an era of protein plurality. We will all gain from this shift, even the beef industry, which will be forced to position its product to appeal to a more urban and complex consumer.

It was only a matter of time before McDonald’s joined the plant-based dance. But the plant-based supply machine is nowhere near ready for McDonald’s, whose network is massive. Production capacity will need to align with McDonald’s market pull and this will require some time.

But five years ago, few thought it possible for a plant-based protein producer like Beyond Meat to become a multibillion-dollar company, with products in over 40,000 retail outlets.

If McDonald’s develops the market for plant-based products, given what’s happened in recent years, the production pace will definitely pick up.