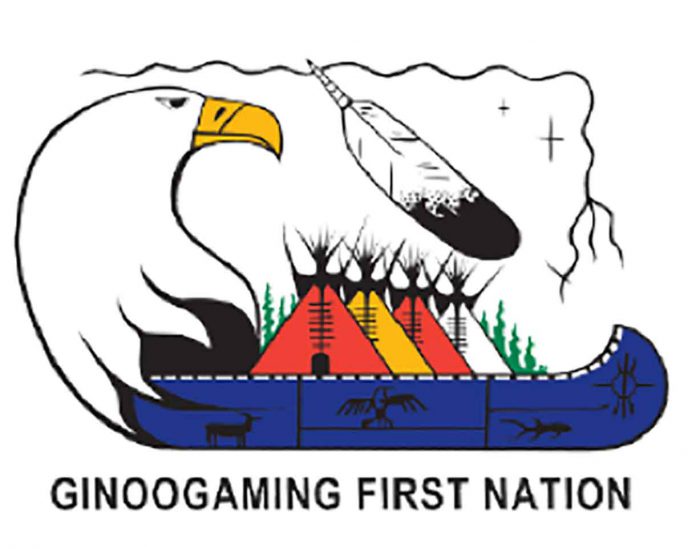 Chief Echum again doubles votes of her opposition, to continue pursuing her vision

LONGLAC, ONTARIO: Ginoogaming First Nation near Longlac, Ontario held its Chief and Council elections yesterday as community members gathered in the community hall to support their leaders and to witness the results.

Chief Celia Echum succeeded in securing a seventh consecutive term a considerable win, defeating her opposition Kelly Fortier easily with a vote count of 161 to 83 (66% of the votes). This is just about double the number of votes, which appears to be a pattern at Ginoogaming First Nation over the past 12 years.

Yesterday’s result is similar to the August 2017 election, when Chief Echum vanquished her opposition Ken Charles with a landslide vote count of 200 to 101 – again, double the number of votes.

In August 2011, Chief Echum crushed opposition Sharon Mendowegan with a vote count of 127 to 60 (68% of votes, slightly more than double). Landslide victories are indeed the norm for Chief Celia Echum, who also won in the 2009 and 2007 Ginoogaming First Nation elections.

If anything, these past seven election results over 12 years demonstrate how the people of Ginoogaming First Nation feel about their leader. They obviously want her to continue to implement her vision. These elections are merely formalities which display the true feelings of the GFN membership.

There is obviously no desire for change on the horizon at Ginoogaming First Nation, and moreover, people are very happy with their Chief.

Chief Echum stated yesterday that she is “Here for the people, I am here to service the GFN membership,” and that she is “thankful to them for believing in my support for them, and I appreciate being able to continue in that.” She said that her priorities as Chief are to work towards continued health and wellness through land-based Anishnawbe culture and spirituality, economic development through partnerships with local industry proponents, and the continued work on ongoing claims, including the Ginoogaming First Nation Treaty Land Entitlement Claim.

Her vision is to create a vibrant, self-reliant First Nation through opportunities which will be forthcoming in the months to come (for example, a Long-Term Relationship Agreement with Greenstone Gold Mines near Geraldton). She also looks to place continued emphasis in increasing the recent post-secondary success enjoyed among the community of 980 members.

Chief Echum is very interested in achieving this through working closely with her newly elected council, who were also chosen by the membership yesterday. Three are community Elders. “Our people need to work together as a team. We have a strong, new council now with a good mix of people. We are capable and experienced, and we need to be unified in our goals. My role as chief is to lead the work on our community with them, as the members supported my dream to lead as chief, they also provided me with these reliable councillors for me to complete my team,” Echum added.

Celia, the mother of five sons and many grandchildren, continues to make GFN history by becoming the first Ginoogaming chief to be re-elected for seven straight terms. Prior to first being elected as Chief in 2007, Celia was served as a band councillor from 2005-2007 and also worked in band administration for over 25 years.