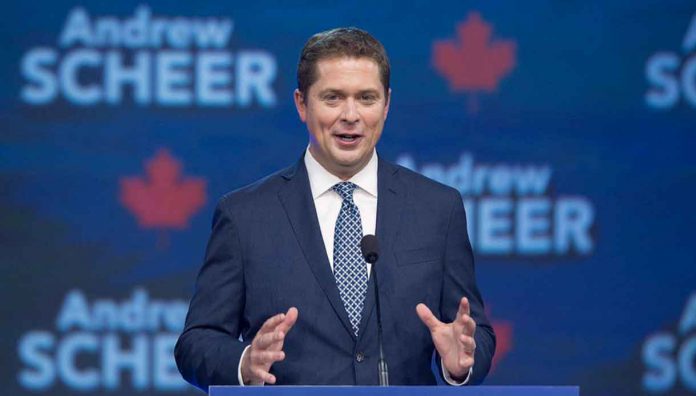 THUNDER BAY – POLITICS – The findings of the federal Ethics Commissioner that Prime Minister Trudeau is in violation of the Ethics Act have generated a political storm.

Andrew Scheer, Leader of Canada’s Conservatives and of the Official Opposition, released the following statement regarding the Ethics Commissioner’s ruling that Justin broke ethics laws during the SNC-Lavalin corruption scandal:

“Justin Trudeau is guilty again.  Heading into this election, Trudeau had already become the only Prime Minister in Canadian history to be found guilty of breaking ethics laws.  Now, we know he has done it again.

“Earlier today, and for the second time in just four years, the Ethics Commissioner has found Trudeau guilty of violating the Conflict of Interest Act in connection with his role in the SNC-Lavalin corruption trial. And today, Justin Trudeau has been found guilty of illegally interfering to block the fraud and bribery trial of a Liberal linked corporation.

“Now his first violation, for accepting a paid vacation on a luxury island from someone lobbying his government, was shocking. This one is unforgivable.

“The company, which had given $100,000 in illegal donations to the Liberal Party, itself is on its own charged with defrauding some of the poorest people on earth of over $100 million.

“What we have now is a clear picture of who Justin Trudeau truly is. And it’s not who he promised he would be.

“He promised he would accountable and ethical. Instead, time and time again, he has used the power of his office to enrich himself, reward his friends, and punish his critics.

“As the Ethics Commissioner notes in his report, “the authority of the Prime Minister and his office was used to circumvent, undermine, and ultimately discredit,” Jody Wilson-Raybould.

“He promised he would be open and honest. But let’s remember on the day this story first broke Justin Trudeau denied it completely.  He said that the story was false.  He then said that he never pressured Jody Wilson-Raybould.  We know now that is false.  He also said that she never came to him with her concerns.  Again, we know now that was false.  And he said that he would be happy to work and cooperate with the Ethics Commissioner.  And now we know that is false as well.

“He promised he would be different.  Instead, we now know, beyond a shadow of a doubt, that Justin Trudeau is not as advertised.  He has stated so many falsehoods that no one can believe anything he says.

“Trudeau may never face a court of law for his role in this scandal, but he will have to face the Canadian people over the next few weeks.

“And on the eve of this election, the choice before Canadians has never been more clear. Between a Prime Minister who abuses his power, bends the law for his friends, attempts to silence his critics and destroys their reputations.  And a Conservative government led by a Prime Minister who will uphold the rule of law, respect our democratic institutions, and help all Canadians get ahead.”

Thunder Bay-Superior North Conservative candidate Frank Pullia says, “Our citizens expect our political leaders to follow the rule of law, and given the negative findings by the Ethics Commissioner on Trudeau it is no wonder that integrity and trust are now number one issues in Canada… we need and can do better.”