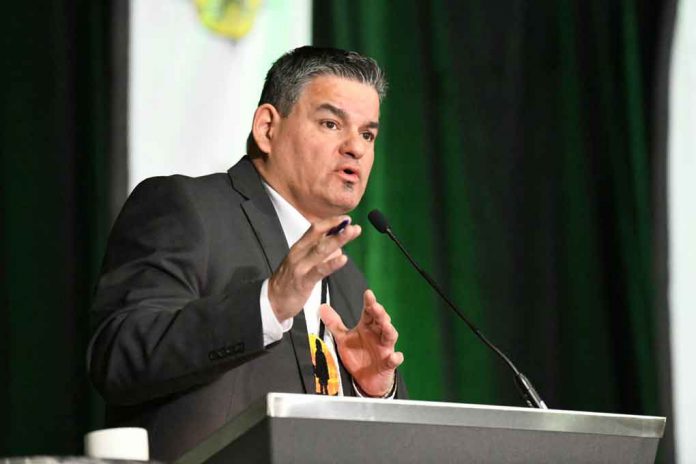 Serpent River First Nation –The second edition of “Growth and Prosperity: Indigenous Cannabis and Hemp Magazine” is now online at https://bimaadzwin.ca/growth-and-prosperity-spring-summer-2019/. Feature stories include the fact that Health Canada has given Wiisag, a First Nation company, approval to pursue the next step towards growing cannabis outdoors this summer; while Justin Valmont is the inventor of an automated cannabis growing system.

“The purpose of this magazine is to highlight the fact that Indigenous peoples are and will continue to become key players in Canada’s cannabis industry,” said publisher Isadore Day. “Growth and Prosperity not only highlights successes but provides information on how our Peoples and communities can become involved in the industry, which includes the production and sale of both medical and recreational cannabis.

“The following is an excerpt from my message in the latest edition: When we look across the country, we see many hard-fought assertions to participate in Canada’s cannabis industry – but it’s not an easy, cut and dried task to unpack where First Nations stand in today’s industry.

“The mishmash of views and approaches to First Nation jurisdictional issues as perceived by Canada is a result of the neglect of not only Canada and the provinces, but due to the political paralysis of some of our own First Nation leaders on the issue – but that’s another story for another day.

“Without getting too far into the weeds – we know that there are three central concerns from Indigenous Peoples regarding Canada’s laws on cannabis. First, respecting the Nationhood rights of Indigenous communities on cannabis means a formal recognition of First Nation industry interests.

“Secondly, consultation laws that Canada is legally bound to, simply were not respected in the accelerated manner that the federal government advanced the legislative agenda.  Finally, Canada’s claims to reconciliation – at least from the economic perspective, are clearly of no significant consequence.

“First Nations today that wish to assert their interests in this industry are faced with persecution and labelling of being a grey market, or as having ties with a black market. It is being suggested that what First Nations are developing, despite colonial incursion on their cannabis rights, is the Red Market.

“Intrigue has been sparked by the determination in approach by Indigenous entrepreneurs, and the impact that First Nations who are not prepared to allow a colonial narrative to be perpetuated are having on the industry. You will also notice, if you look closely, that First Nation cannabis entrepreneurs who are succeeding, are well empowered with expertise, innovative ideas, investment capacity, and are sought by non-Indigenous investors because of the edge that Indigenous Nationhood rightfully maintains.

“At the end of the day, every single Indigenous individual or community who wants to either invest, or become directly involvedin the cannabis industry, has the potential to grow and prosper for many years to come,” concluded Day. “That economic potential must also be respected, accepted, even celebrated by mainstream governments who realize that our Peoples have every right to grow their economies, locally, regionally, nationally and globally.”

This edition of the Growth and Prosperity magazine focuses on the positive momentum that is being cultivated in the cannabis field by Indigenous entrepreneurs. In our next edition, which will be released in the fall of 2019, we will take a deeper look at cannabis regulations, policies, and First Nation laws. And, in the spirit of nationhood, we will extend important discussions on international perspectives and how other Indigenous Peoples are coming into their own when it comes to the cannabis economy.