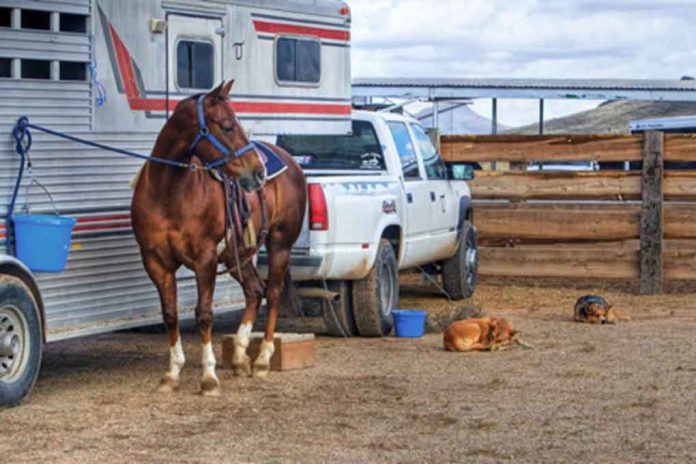 As spring season makes way for the summer, a lot of horse racing fans are looking forward to witnessing one of the oldest horse racing tournament in the United States which is the Preakness Stakes. It’s the second leg of the Triple Crown Series following the Kentucky Derby and succeeded by the final leg which is the Belmont Stakes. As the Preakness Stakes comes near, it’s facing a big challenge as it continues a controversial buzz of leaving its hometown which is in Pimlico, Baltimore.

According to some latest speculation, after this years the danger of Preakness Stakes leaving Pimlico increases as it will head an undetermined location next year. The owners of the Preakness racetrack in Pimlico considers a political maneuver as they wanted to situate it in Laurel Park because Pimlico will undergo a rebuilding process.

Tim Ritvo, the COO of Stronach Group an organization who owned the biggest race tracks in the country who also possess the Pimlico racecourse said that they fully understand that historical value of the venue. He even stated that they respect the legacy it has brought to millions of horse racing enthusiasts across the world. While this may be true, he believes that on the business side the race track should undergo a rebuilding process as there would be another income-generating establishment to build for the stability of Baltimore’s economy. In this way, it will not only boost the economy of the city but it will bring massive job opportunities for all the locales of Maryland helping them to improve their quality of living.

MSA’s studies provide information, not recommendations, to local officials to assist in the decision making process about investment and benefits for their communities and constituents.

Although he has assured that this year’s edition of the Preakness will still continue as a major part of the Triple Crown Series. Betting Preakness Stakes will not also be affected by this decision because all nominations and entries will still be acknowledged. On the other hand, he also stated and conceded the after this year’s edition on the Preakness, it should find it’s new home in Laurel Park and he believes that it would be a greater and feasible racing venue.

The Pimlico Park is considered to be the home of Preakness Stakes in the last 143 years not until next year that it will be moved to a different location. Ritvo also stated that the Preakness has stayed long in Pimlico and hasn’t brought any opportunities to its neighborhood. This is due to the fact that race only happens once a year and does not provide a massive livelihood chance for all the people of Baltimore. He believes that when they put up a business establishment, the economy of the state will grow and people will start to progress.

Amidst the fact that the Stronach Group is considering to move the Preakness in Laurel Park, they have developed the land to come up with an awesome and incredible race track. They have invested thousands and millions of dollars to make sure that the new home of Preakness Stakes will have state-of-the-art facilities compared to the ones in Pimlico. The Laurel Park is situated just around 25 miles away from Pimlico. Although Stronach will no longer invest to rebuild the Pimlico Park. As of the moment, they are facing a challenge of convincing some neighborhood along the Pimlico Park to relocate, but they are doing their best to solve the claim and hopefully, everything will be fine by the end of this year.

In February 2018, the Maryland Stadium Authority (MSA) entered into a Memorandum of Understanding with the Department of Labor, Licensing and Regulation and the Maryland Racing Commission to manage Phase Two of the Pimlico Race Course Study. MSA’s role in managing the Pimlico Race Course Study was to provide an unbiased, objective and thorough independent analysis.
MSA’s studies provide information, not recommendations, to local officials to assist in the decision making process about investment and benefits for their communities and constituents.

Additionally, as the rebuilding plan is underway, the Stronach Group is open for bidders who can possibly fund the whole rebuilding process. They would like to make sure that they also come up with the best building facility and their only chance to generate funds is to open it for bidders. Once the project will be completed, Ritvo assured that everyone in the neighborhood is given an equal livelihood opportunity and at the same time as the Preakness will head on to its new home next year, it will showcase a better and a more entertaining horse racing tournament. It may sound a little bit harder for the Preakness organizers to start all over again in Laurel Park because of the memories they built in Pimlico is already a trademark in history, but at the same time, they are looking forward to starting and built a better racing name in the Laurel Park.