Home Sports National Sports A STATEMENT FROM U SPORTS IN SUPPORT OF THE CANADIAN FOOTBALL LEAGUE’S... 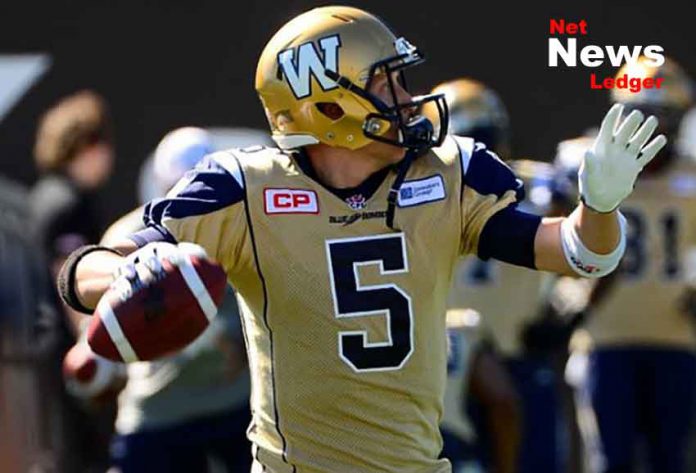 TORONTO – U SPORTS President and Chief Executive Officer, Graham Brown has released the following statement:
“On behalf of U SPORTS our 56 Member Institutions and four Conferences we want to publicly endorse the Canadian Football League’s strategy for growth, sometimes described as CFL 2.0.
In recent meetings, Commissioner Ambrosie has told us the CFL wants to leverage its plan to help strengthen U SPORTS football. The CFL wants to increase its talent pool and create new markets for its product by forming partnerships with football leagues in the more than 40 countries beyond the U.S. and Canada that play gridiron football. We believe a stronger, more prosperous CFL can only mean better opportunities for our athletes who aspire to play in the CFL.
The CFL wants to create new pathways for Canadian football players to play in Mexico or abroad when their U SPORTS or Junior Football careers are over. We are excited by the prospect of our athletes being able to continue to play the game they love, just like those in other sports such as hockey and basketball. It will give some of them an opportunity to grow and develop and return to play in the CFL. It will give many more the chance to experience new countries and cultures as they pursue their futures.
The CFL wants to encourage more foreign players to enroll and play football in Canadian universities. We believe that could mean an infusion of international students in our classrooms and talent in our football programs. This can only enrich the experience of our student-athletes.
The CFL and its teams recently announced plans to invest more than $4 million in amateur football programs and initiatives this year as part of CFL 2.0. We believe in football. We agree that it’s time to change the narrative on football to highlight the game’s lessons and benefits. And we are encouraged that the CFL wants to develop the game here at home at the same time it pursues talent and opportunities abroad.
The CFL wants to facilitate coaching exchanges between football leagues in foreign countries and U SPORTS. We welcome any opportunity for our excellent coaches to develop professionally and share their expertise and insights with other coaches and athletes. We appreciate that Commissioner Ambrosie consulted many of our coaches, including several who already have extensive international experience, while building his CFL 2.0 plan.
Like the universities we serve and the student-athletes we are proud to represent,
U SPORTS believes in building bridges to the world community. Canada is respected around the world. Our academic institutions are second to none in the world. Why shouldn’t our football programs also embrace a global outlook? Football can help lead the way.
We look forward to working with the CFL and Commissioner Ambrosie in the months and years ahead, to help football grow here in Canada and around the world and to strengthen both the CFL and U SPORTS.”