THUNDER BAY – BUSINESS – The final vessel of the shipping season departed the Port of Thunder Bay Sunday, January 13, capping off a busy end to another good year at the Lake Superior port.  MV Kaministiquais headed for Windsor with a load of canola from the Canadian prairies.

Kaministiqua was one of 65 vessels to call the port during the final month of the shipping season, besting the tally of 49 from last year. Port facilities demonstrated capability and efficiency in December; the port had its third-best month of the last 20 years with nearly 1.5 million metric tonnes of cargo crossing docks. 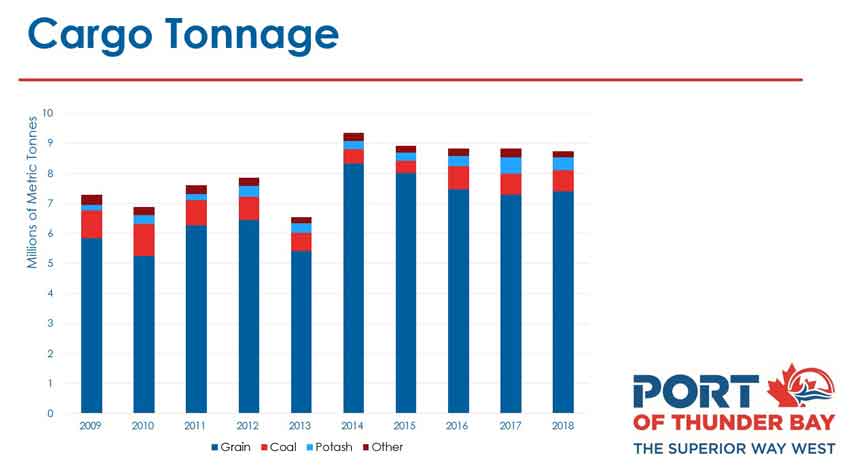 Prairie-grown grain accounted for the majority of the total; the large sum of grain exported in December brought the port’s annual grain haul to 7.4 million tonnes, up from 7.3 million the prior season.