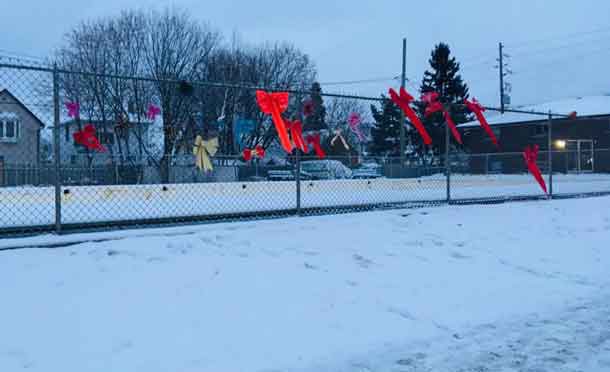 THUNDER BAY – LETTERS – Just one week before Christmas council voted to close Dease Pool. The public was blindsided by this unpopular decision. The public and McKellar Ward residents had no opportunity to voice their objection to this decision at a public meeting.

Why was administration in such a hurry to bring this to a vote on the very first meeting of the new mayor and council?

Shame on the City Manager Norm Gayle and Mayor Mauro for letting this happen.

When the city wanted to close Churchill Swimming Pool several years ago Councillor Mark Bentz held a public meeting to hear the concerns of his constituents. He then convinced his fellow councillors to do the right thing and keep Churchill Pool open.

Do not the residents living in McKellar Ward not deserve this same type of respect?

And why is McKellar ward Councillor Brian Hamilton not working to save Dease Pool as Mark Bentz previously did for Churchill Pool? Why are we working and spending our own personal money to do the job he was elected and paid to do?

Councilor Hamilton appears to be just a voice for city administration. If he is really concerned about the well being of the kids in the McKellar ward he will put a motion forward for a rebuild of Dease Pool and lobby the Mayor and his fellow councillors at the ongoing budget deliberations to support him as Councillor Mark Bentz previously did. I know councillor Andrew Foulds will second the motion as he was the only councillor to vote against the closure of Dease Pool. He should also support his constituents with the petition that is presently circulating around the city. I am personally inviting Councillor Hamilton to join me here at the Mary J.L. Black library from 10-5 this Saturday as we continue with this petition drive.

Councillor Brian Hamilton should also consider a sizeable donation to our cause as many of us have spent hundreds of dollars supporting the McKellar Park kids in their cause to save Dease Pool.

In just a few short weeks during the Christmas season area residents and citizens all over the city have come together to voice their support for the upgrading of Dease Pool. They want to see this 106-year-old Pool rebuilt to meet today’s standards. This would include showers and hot water in the changerooms.

There have been many feeble excuses as to why the pool should close. Ms. Kelly Robertson, manager of Community and Social Services states the pool isn’t heated and doesn’t have a gradual entry. The kids that swim here and have done so over the last 106 years do not see this as a problem. They just consider it a refreshing dip on a hot summer day. She also states there is no hot water in the changerooms.

Whose fault is this and how difficult would that be to rectify?

She also goes on to say that the kids at Dease could walk to Widnall Pool at Minnesota Park.

This is not an option as it would be dangerous. Not only that Widnall pool is already operating at nearly full capacity.

Why has the city acted like Ebeneezer Scrooge this Christmas and done such an evil deed directed at some of the most needy and vulnerable children in our city?

All three of our outdoor pools are providing a very valuable service in our community They are a success story. Thousands of residents have learned to swim there over the years. They are relatively low maintenance compared to many of the larger more expensive facilities that the city operates.

We certainly do not want to throw these kids back onto the streets and force some of them back into the Kam River for their summer swim. This is the reason Dease Pool was built in the first place as there were a number of drownings that occurred with kids swimming in the Kam River.

The outdoor pools have never been a priority with the city, yet they provide one of the greatest needs in our city. They keep these kids occupied and away from drugs and gang-related activities. How much does it cost to wean a child off drugs? This is where tens of thousands of kids have learned how to swim which can be a life-saving skill.

The city seems to be more occupied with expensive facilities and activities that favour the rich or the well-to-do.

Many of the kids that swim for free at Dease are from lower income families. This pool is a lifeline for them. It is where they spend most of their free time in the summer as they don’t have a cottage to go to and can’t afford a membership at a private pool.

The city has spent tens of millions of our tax dollars at the waterfront while much of the city has gone to decay.

Then there was the 1 million dollars the city wasted on two beacons at the waterfront that look as useless as they are.

A new proposed Art Gallery at the waterfront is going to cost city taxpayers a total of about $10 million dollars or more. This includes land remediation and studies that have already taken place. And how much more will they be asking for on a project that is already $8 million dollars over budget?

As a taxpayer, I would like to see some of the money I pay go towards upgrading all of our outdoor pools. I believe this is money well spent. And how much is a life worth or a life saved worth?

It would appear many in city hall that control the purse strings ‘just don’t give a dam about these kids’ or is it they just don’t fully understand what these outdoor pools mean to these kids and our community.

There are approximately $20 million dollars in the Renew Thunder Bay Fund and a small amount of this could go towards rebuilding Dease Pool.

A second option would be eliminating just one position of the more than 400 city employees on the sunshine list. A third option would be to forget about the dizzy roundabout planned for the corner of Ford and Victoria Ave. The savings on this alone would pay for a new changeroom with showers and real hot water.

We are asking Mayor Mauro and the rest of city council for a rebuild of Dease Pool during upcoming budget deliberations.

Is this too much to ask when we see how many of our tax dollars are going up in smoke?

All these kids are asking for is the same things all the other children have enjoyed over the last 106 years at Dease Pool. A pool to swim in.. All they want is a chance at a better life with a future. I can envisage a ribbon cutting ceremony when the pool is rebuilt with thousands of former and present users of Dease Pool celebrating and looking forward to another 106 years at this iconic facility.

Now here’s how you can help us. Please take the time to phone the Mayor and all members of city council as well as the City Manager, the manager of Community and Social Services asking them for a complete rebuild of Dease Pool. This is the most important thing you can do.

Thirdly plan to walk with us on Thursday, January 10th beginning at 5:15 pm from Dease Pool arriving at City Hall at 5:45 pm for a huge SAVE DEASE POOL rally. After the rally join us upstairs as we ask council for a rebuild of Dease Pool at the public budget meeting. Anyone can speak simply by turning up. Let’s fill the council gallery. We need your support.

On Saturday there will be a petition blitz from 10 am until 5 pm at the Salvation Army Church on Victoria Ave and another at the Mary J L. Black Library. Please tell your friends and neighbours they can sign the petition to rebuild Dease Pool.at these locations.