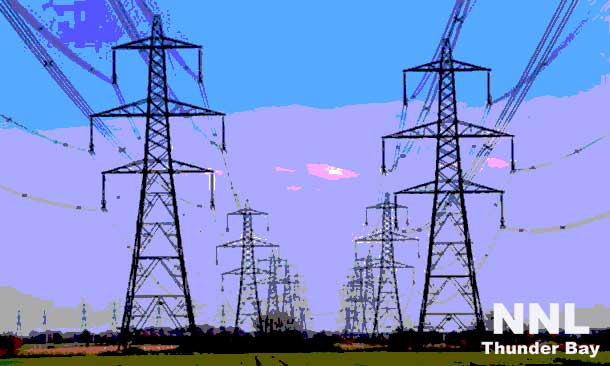 THUNDER BAY – ENERGY – Leaders from Northern Ontario First Nations and Municipalities today called on Ontario to proceed without further delay on the multi-million-dollar East-West Tie transmission project. Together, key stakeholders in the region are calling on the Ford Government to pull the trigger and make the decisions needed to ensure socio-economic prosperity for all.

Chief Matthew Dupuis of Red Rock Indian Band says, “Northern Ontario communities are seriously concerned about the ongoing delays and lack of decision-making by Ontario related to the East-West Tie. This is a shovel-ready project that needs to move forward to prevent job and investment losses in our region. Hundreds of Northern Ontarians have been trained and are now ready to work on this construction project, but are starting to question their employment potential and futures in the region once again. We are calling for strong provincial leadership to get this project moving for Ontario.”

Municipal leaders and First Nations have issued letters to the Ontario Energy Board (OEB) expressing their serious disappointment in the process, which saw the former Liberal Government allowing Hydro One to disrupt the positive status of the East-West Tie transmission project – which had previously been on schedule and a much-needed good news story in Northern Ontario for several years. NextBridge won the bid through a fair, open and transparent process.

Ed Chambers, Reeve, Township of Dorion states, “The decision to allow Hydro One to submit a proposal at the final hour has put the entire transmission project in jeopardy, as well as the connected employment and business opportunities that our communities have spent significant time and resources preparing for. Dorion has worked really hard with NextBridge to develop a transmission route that respects our community plan. The people, communities and socio-economic health of Northern Ontario are relying on this project to meet its scheduled construction and in-service commitments. This is a priority project for Ontario but it is of even greater significance to our regionally impacted communities.”

Over 18 First Nations and several cities and towns between Wawa and Thunder Bay have invested considerable time and resources to prepare for the proposed fall 2018 construction date. This work includes developing detailed construction and environmental plans for the transmission line that minimize town centre and parkland intrusions, as well as in-service schedules to support additional economic development plans.

Chief Dupuis concludes, “As a collective regional voice, we are urging Ontario to proceed with the East-West Tie construction without further delay and to set dates for the LTC hearing in order to expedite this project. This is an opportunity for the new Ford Government to demonstrate its commitment to fair processes in Ontario but most of all, to finally get things done so that we can realize the positive economic impacts of this project as well as plan for other major mining projects like the Ring of Fire; which are all depending on this energy infrastructure.”