THUNDER BAY – UPDATE – This suspect is in custody. Thunder Bay Police took him into custody following a standoff in the East End on Thursday, March 1, 2018.

A 911 call from a female was received at 5:40 a.m. requesting police and ambulance to attend the residence. When officers arrived they located a 63-year-old male who was deceased and a 25-year-old female who was injured. The female was taken to the hospital by ambulance, treated and released. The victims and the suspect in this incident are known to each other.

Casmey is considered armed and dangerous. The police are advising the public to make no attempt to interact with him and to call 911 if he is observed in public. Anyone with information on his whereabouts is asked to contact the police or Crime Stoppers at 1-800-222-8477 or www.tipsubmit.com . 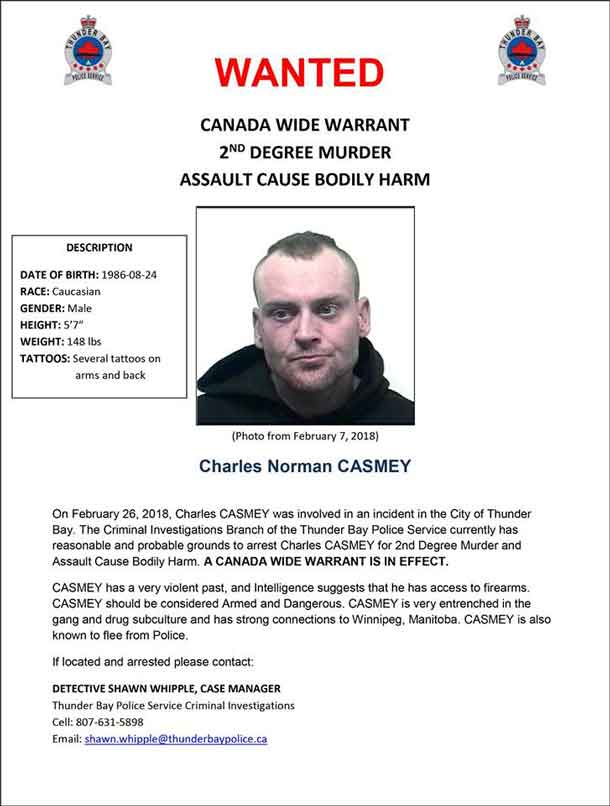