THUNDER BAY – DayStarter – Thank Goodness it is Friday!? For Thunder Bay, it is likely to be a snowy day. Snow has started falling at a fairly heavy rate as of -4:00 am. Environment Canada has a special weather statement in effect and is calling for up to 15 cm of snow by Friday afternoon. Expect warmer temperatures however with a high expected of -2c. Over the weekend, warmer daytime highs near the freezing mark are in the forecast for Thunder Bay.

For Kenora, the forecast is calling for cloudy skies with a 60 percent chance of flurries in the morning then a mix of sun and cloud. The high minus 5c.

Fallout from the jury verdict in the Tina Fontaine homicide trial is coming with Indigenous leaders and groups very upset and concerned. This is the second jury verdict in recent days where an accused killer of an Indigenous person has been found not guilty. “With this verdict we see yet another young First Nations woman failed by the child welfare system, failed by the police, and now failed by the courts,” said AFN National Chief Perry Bellegarde. “We stand with Tina Fontaine’s family and friends as they seek justice and healing. First Nations demand immediate changes to a system that allows our young people to die without justice. This verdict is a severe setback for justice and reconciliation in this country. Reconciliation cannot be simply about words – it has to be about action, about valuing the lives of Indigenous people, and keeping Indigenous women and girls safe.” Read More… AFN Statement. NAN Statement.

THUNDER BAY – Canadian Rangers and other members of the Canadian Army have completed a major military exercise in the Far North of Ontario. Severe cold, challenging snow conditions, and the logistics of the exercise were all challenges, said Captain Mark Rittwage, the Canadian Army officer commanding the Rangers. Keep reading…

THUNDER BAY – The Lynx which has been causing concern in Thunder Bay north, with numerous sightings, and a report that it attacked a small dog has been reportedly captured and released in a safer location for city residents.

KENORA – A traffic stop near Kenora has led to the seizure of almost 12 pounds of marihuana along with two pounds of hash. The OPP estimate the street value of the drugs seized at about $62,000. Read more…

Thunder Bay – NEWS – On the 21st of February 2018 at approximately 12:20 pm officers with the Thunder Bay Intelligence Unit arrested Omar Raashan DEWDNEY w 31-year-old from Toronto and Keima Ahliya DAVIS a 20-year-old from Scarborough in the 800 Block of Fort William Road. Police seized 1.3 kg of cocaine in the arrest.

The lowest prices for a litre of gasoline continues to be in Dryden. Fuel prices across the region range from $1.029 at the Petro Canada on Government Street in Dryden, $1.184 at the Husky on Chipman Street in Kenora,  In Thunder Bay, the lowest price in the city is $1.219 at the Esso at 645 Arthur St W. Out on the Fort William First Nation, gas prices range from $1.037 at THP to $1.139 at First Class Gas. You can get the latest gas prices, including Grand Marias MN at GasPrices on NetNewsLedger. 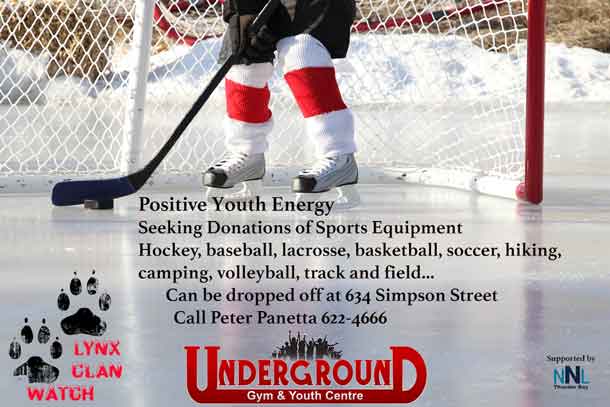