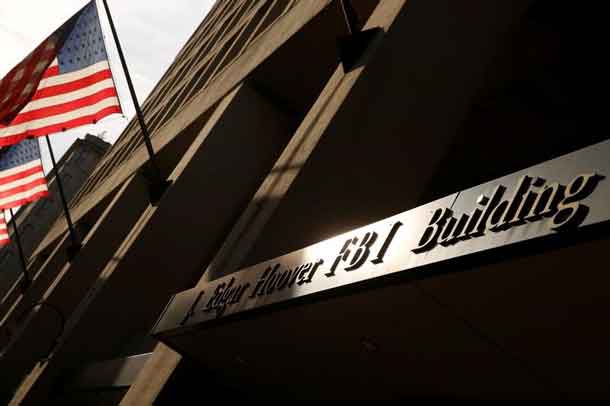 “Legault is accused of communicating with a young girl on the internet for the purpose of engaging in illegal sexual activity with her,” said U. S. Attorney John Horn. “The FBI successfully intercepted Legault after he flew into the United States and before he could carry out his plan. Cases like this one demonstrate the continued importance for parents to engage with their kids about their activities on the Internet including the app’s they are using to chat, and the people with whom they are chatting.”

“The FBI stands ready to aggressively pursue those who would prey on our nation’s children. The FBI’s Violent Crimes Against Children (VCAC) program, which consists of a network of specially trained FBI agents working with various local, state, federal, and even international partners, collectively carries out the important mission of protecting our children from those who would harm them. The investigation, arrest, and resulting federal charges involving Mr. Legault, a Canadian national, is an example of the great partnership and responsiveness of Canadian law enforcement authorities in helping the FBI carry out this mission,” said David J. LeValley, Special Agent in Charge, FBI Atlanta Field Office.

According to U.S. Attorney Horn, the charges, and other information presented in court: Beginning in approximately July of this year, Legault met a 13-year-old girl on Omegle, a free online and anonymous text and video chat tool. After moving their communications to another site, the defendant allegedly asked the teen to perform sexual acts on live video-streaming for him. Legault eventually arranged to travel from Canada to Atlanta, Georgia, in order to have sex with the girl.

On August 4, 2017, after crossing from Canada into the United States at the Buffalo-Niagra Falls Port of Entry, Legault’s flight from Buffalo, New York, was cancelled, forcing him to reschedule his trip to Atlanta. On August 11, 2017, Legault was arrested after flying from Toronto, Canada into Atlanta’s Hartsfield Jackson Airport allegedly for the purpose of engaging in sex with the teen. The 13-year-old girl’s mother had alerted agents with the FBI to the relationship after she intercepted a package Legault had sent her daughter from Canada.

Yves Joseph Legault, 53, of Ontario, Canada, was indicted by a federal grand jury on August 15, 2017, and was arraigned before U.S. Magistrate Judge Janet F. King.

“The most fundamental responsibility of any society is to protect its children. Every child has the right to be safe from predators in their real and virtual lives. The nature of this case clearly illustrates the collaborative approach is crucial for successful investigations that cross international borders and involve multiple jurisdictions,” says Inspector Tina CHALK, Manager – OPP Electronic Crime Section.

The OPP have issued an arrest warrant for Yves Joseph LEGAULT and charged him with two counts of Possession of Child Pornography, one count of Accessing Child Pornography, one count of Making Sexually Explicit Material Available to a Child, and three counts of Luring a Child. The accused is currently in custody in the United States and will answer the charges laid in Canada once the United States investigation and court process are complete.

The investigation continues. The OPP is asking anyone who may have had similar involvement with Mr. LEGAULT either online or in person to contact their local police service, the OPP at 1-800-310-1122, CrimeStoppers at 1-800-222-8477 (TIPS), or through the Canadian Centre for Child Protection at www.cybertip.ca .

Parents are reminded to take a proactive approach to help protect their children from online sexual exploitation by speaking with their children regarding internet safety. Parents can find valuable resources to assist them through the Canadian Centre for Child Protection at https://www.protectchildren.ca .

Counselling services for victims or those affected by child sexual exploitation are available through BOOST Child and Youth Advocacy Centre at https://boostforkids.org