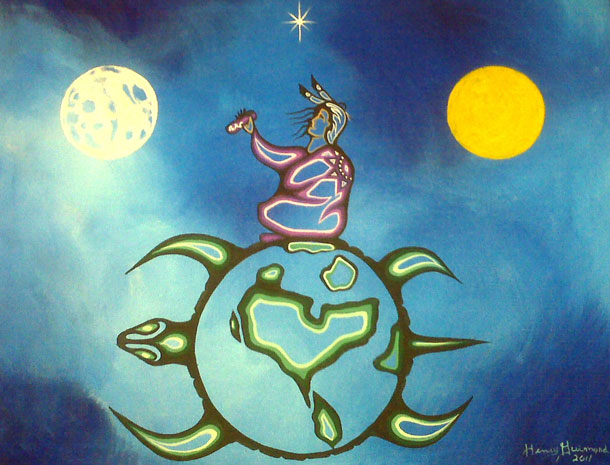 ATTAWAPISKAT – Somehow we have lost our way when it comes to health care and prescription drugs.

Most of us know someone who has a terrible addiction to prescription opiate drugs like fentanyl and hydromorphone. A survey done in 2012 indicated that 410,000 Canadians abused prescription drugs like opioid pain killers. Ontario had 2,471 opioid-related overdoses between 2011-2014. In Ontario these types of drugs killed nearly 2,500 people between 2011 and 2014. Things have not been getting better over the past few years and as a matter of fact they have worsened to a great degree.

As many as 30 percent of those people addicted to opiate painkillers started their addiction with prescriptions from their doctors for the purpose of pain relief. There are all kinds of opiate or narcotic pain killers on the market and some of them include: oxycodone,an opioid narcotic painkiller that, when taken, has an immediate painkiller effect. It is oxycodone that people believe is the lesser of two evils because it is actually combined with Tylenol or ibuprofen. In fact, percocet, tylox, percodan, and oxycontin all contain oxycodone. I know many people who were offered one of these painkillers as prescriptions from doctors or dentists. Some people had enough information beforehand to refuse these drugs but many assumed that if they were prescribed by a doctor they must be just fine to ingest. I have also known many people who started this way and ended up tragically addicted and had their lives turned upside down. In the worst case scenarios people died.

You might wonder why on earth medical professionals prescribe these addictive painkillers so freely. That is a good question and one everybody keeps asking. A lot of these prescription painkillers end up on the street and are sold for big profits so some of the abuse by clients is on purpose in terms of reselling on the street. There is a big demand for these drugs as young people looking for a high get addicted to them and then are stuck in a world that spins out of control on them. They become helpless and unless they get help and treatment their lives are critically damaged.

The huge drug companies that produce these opiates spend millions promoting them and have large groups of lobbyists that represent them in government. They have campaigns that encourage medical professionals to prescribe their products. The result is that these prescriptions are provided too easily. Once people are addicted to these drugs they can stay on them for a very long time and if they end up cut off they tend to turn to the street and then have to pay large sums to feed their addiction. Many end up turning to heroin and similar drugs if they can’t access their prescription drugs.

The drug companies are making billions selling these pain killers and their popularity has soared over the past 20 years. Opioid prescriptions in Canada are said to have totalled $19.1 million in 2015 and are increasing. The current big crisis is even worse with the popularity of fentanyl which was created by several decades of doctors liberally prescribing highly potent opioids to patients who shouldn’t have been exposed to them in the first place. Once addicted many people turned to the black market for their drugs and one of the most popular these days is fentanyl. Many people who are addicted to opiate drugs are ending up on fentanyl and on the black market this drug is shown to be very dangerous and in fact is killing many people right across Canada. Much of the illegal drug is coming into the country from China and it is extremely potent.

This problem of prescription drugs is even more tragic in First Nations across Canada. In many of our Native communities people are hopelessly addicted to these opiate painkillers and they are also available on the black market. Once people are addicted they will do anything to get their fix so they sell everything they have and spend all their time trying to figure out how to get enough money to buy more of their drugs. People lose jobs, don’t take care of their children, get sick, commit suicide or overdose on the black market opiates.

Part of the problem stems from these drugs being too easy to get from a health care provider. Once people who are already predisposed to addictions because of all kinds of historical abuse are prescribed an opiate painkiller they are doomed. That is a major reason that the prescription drug epidemic on First Nations is so critical and becoming worse. Fentanyl is the straw that broke the camels back as the new synthetic type from China is killing so many people. I know that the current Liberal Federal government is working on some solutions and I understand that our First Nation leadership is involved in trying to remedy this epidemic. They are up against that age old problem as big drug companies continue to market, promote and sell billions of dollars worth of prescription painkillers and that is undermining the good intentions of our leaders.

We need to do something about that.

Who Is Held Liable for Drug Injuries?

Ontario spends more than $11 billion a year on prescription drugs