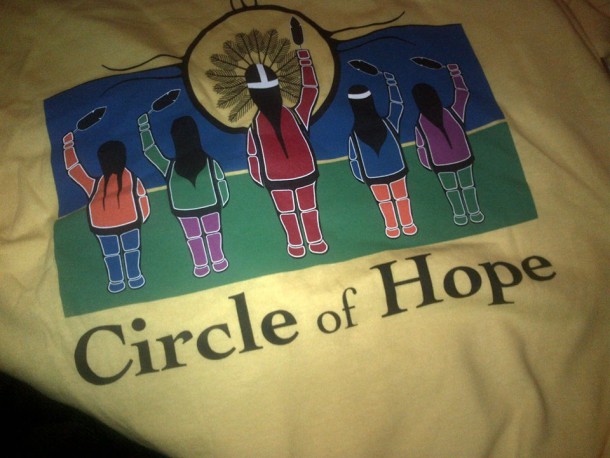 Under the Northern Sky

THUNDER BAY – LIVING – Suicide has always been an issue on First Nations right across Canada. I have been writing about this tragic situation for many years now and very recently the issue exploded with the reporting of eleven teenagers in my home community of Attawapiskat engaging in a pact to commit suicide.

There are many reasons I know of that young people on remote and semi remote First Nations just don’t seem to have hope for the future. I recall that when I was a teen back home often I felt hopeless and helpless as I was caught between two cultures. On one hand I was brought up and lived a more or less traditional life while on the other hand I was educated in a non-Native way and exposed to another world that I did not really understand. From the time I was a child I witnessed so much tragedy on my First Nation. There were suicides, acts of violence and death always seemed just around the corner. Housing was poor, there was no running water, so no bathrooms with toilets and drinking water had to be drawn from the river. That was only 25 years ago.

I was one of the more fortunate children in my community as I had a more functional family setting. My dad was a contractor and provided well for the family. Myself and my siblings worked for him in the family business so we were always busy, we had money much of the time and life was not so difficult. Other families had tough times with no employment, poor housing and terrible addictions to deal with. We had our share of all of these issues also but not to the point where we were destitute and hopeless. My mom always provided for us. She made sure we were well taken care of, we went to school and we were fed properly.

Still, myself and my friends as teenagers watched on TV how wonderful life looked in the non-Native world where people had nice cars, cool clothes, lived in beautiful houses and ate all kinds of amazing looking foods. We all wanted some of this for ourselves. When most of us left the community to attend secondary school we were shocked to find that we just did not understand how things worked in the new world. We felt awkward, intimidated, out of balance and for many of us who had vowed never to drink or do drugs when we were kids, suddenly we found ourselves on that path.

Things have improved for children and teens back home over the years as the community now has a secondary school so there is no real need to head south and leave home for that degree of education. However, on all other fronts things remain dark indeed. There has never been adequate housing in Attawapiskat or many other First Nations right across Canada. There has been a kind of population boom in recent years and that has resulted in many cases where 20 people are living in one house. In terms of education First Nations have not been funded in the past as compared to non-Native school funding and that has resulted in a lack of resources and programming.

In terms of employment, the Debeers Victor Diamond Mine has resulted in employment and training for many of the people of Attawapiskat but many more are just not ready for the process or demands of regular work. There has been many generations of dysfunction, abuse, neglect, addictions and a reality of hopelessness for so many people and to expect them to suddenly be able to take advantage of opportunities put before them is not realistic. The very basic need of obtaining a healthy diet is difficult in remote First Nations as everything is expensive when it comes to food. All produce, dairy and most meat have to be either flown in by air plane or transported on the winter road and summer barge. Most people I know back home have very poor diets with too much sugar, salt and processed foods. Many in the community have health problems but there is only a small hospital on site and no full time doctors. The nurses and medical staff do what they can but they are overworked and underfunded.

Things have to change. Over the past decade or so things took a turn for the worst as the federal Conservative government of the day mainly dealt with First Nations from a conflictual point of view. Now is the time for the new Liberal government under Justin Trudeau to step up and provide some real solutions to bring back hope for my people. There are all kinds of things that can be done and to start with there should be more funding for decent housing, more funds for education, more money for health care resources and some kind of meaningful programming for the youth to provide them with traditional teachings so they can connect to their past and get a sense of who they are and where they come from. They also need education on drugs and alcohol. These young people need to feel good about themselves, they need to know that they are cared for and that they do have hope for the future. We have to be careful also not to allow them to do hurtful and tragic things to themselves to get attention. To use the threat of suicide to get attention is a very dangerous path. It is important to take the youth who feel hopeless as serious and intervene to make things better for them and provide hope. However, we must all take great care to make sure that our governments and leaders back up their promises of care, understanding and commitments with real action. With this kind of attention in positive changes in their First Nation, education, lifestyle, diet and health care the youth won’t need to cry out for help in such a tragic and dangerous way.

I give thanks to all the First Nation leadership for fighting for the rights of our youth. I also am thankful for a new government with a fresh, open and positive leadership that is stepping forward to make things right. There are some very good people who have travelled to Attawapiskat to meet with Chief Bruce Shisheesh and Council. Assembly of First Nations (AFN) Grand Chief Perry Bellegarde; Timmins-James Bay MP Charlie Angus and Indigenous Affairs Minister Carolyn Bennett all dropped everything they were doing and headed up to Attawapiskat to listen to the youth, community leadership and members. Regional leaders including Nishnawbe-Aski Nation (NAN) Grand Chief Alvin Fiddler and Mushkegowuk Council Grand Chief Jonathon Solomon have been working diligently on the Aboriginal suicide crisis.

That kind of commitment and care has been missing for a very long time and their efforts so far provide me with much hope for Attawapiskat. Things are going to get better.