THUNDER BAY – For whatever reason, some regions seem to be hotbeds for individuals with certain talents. Often this is due to cultural and environmental influences. The Mississippi Delta has long been the birthplace of the world’s most recognized blues musicians. The Pacific Northwest gave us the grunge scene. The state of Texas, which is visible from the international space station on Friday nights due to the number of high school football games taking place, has given the state a disproportionate number of professional football players.

Ontario is well known for its contribution to the arts, especially in regards to the number of actors and musicians we produce.

In the acting sector, Ontario’s contributions have been especially strong in terms of comedians with Dan Aykroyd, Phil Hartman, Tom Green, Jim Carrey, and John Candy being just a few of the world famous comedic actors from the province. Ontario’s contribution to the world wide music scene is even more long standing and diverse with such names as Paul Anka, Neil Young, Rush, Paul Scheaffer, Alanis Morrisette, Shania Twain and deadmau5.

Ontario is also well known worldwide for its continuing contribution in a field that actress Jennifer Tilly calls the modern day equivalent of running away and joining the circus; professional poker.

Daniel Negreanu is at the forefront of the Ontario pros and despite his “Kid Poker” nickname, he is the old man of the group. In a very short time Negreanu has built a very impressive resume. He is the all-time tournament money winner with earnings of just under $30 million. The Toronto native is a two time World Series of Poker Player of the Year, the only person to hold that title twice. He is also the author of numerous poker articles and two instructional poker books. His outgoing and friendly personality has made him a fan favourite. He is regularly featured on televised poker tournaments and has hosted several poker themed programmes. Negreanu is also a key part of a group pushing for professional hockey in Las Vegas.

Like Negreanu, Mike Leah is one of the “old guys,” at least in the poker world. Leah, who is in his 40s and hails from Innisfil, left a career in sports and sales to play poker professionally. He is one of the more accomplished online players with several online tournament cashes of more than $100,000. He is also accomplished in live events with live tournament earnings approaching $1.5 million, which includes five cashes so far this year in major tournament events. Leah is also a poker coach and is considered one of the best mixed-game players in the world.

On the other end of the age spectrum is Mike “Timex” McDonald who captured his first major title at age 18 at the European Poker Tour Main Event in Dortmund, Germany. At 26, McDonald has earned an impressive $11 million plus in live tournaments to go along with his substantial online earnings. McDonald’s original plan was to be an actuary before deciding to drop out of college to pursue poker full-time. He stated “I love competition, I love just the idea of basically just trying to outsmart your opponents and hopefully get paid for that. I love the fact that I get to travel so much. Financially, I’ve done pretty well. There’s a bunch of reasons I keep playing poker.” McDonald has come a long way from Waterloo. 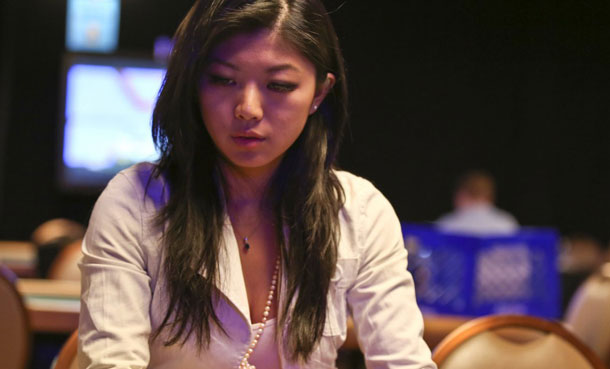 Xuan Liu is another of the new breed of poker players; young, highly educated and female. Although she has only been playing tournament poker a few years, Liu has earned over $1.5 million. Like many of the new poker players she honed her game on the internet (where her tournament earnings exceed $500,000) and at college games. She told an interviewer that she had “been playing poker for supplementary income since my studies at the University of Waterloo. I’ve always had a deep interest in the game, and any general strategy/skill/chance games for that matter. After I graduated I was swing trading while studying for my CFA (Chartered Financial Analyst) designation, but wasn’t as motivated as I could’ve been since I was also grinding online.”

Her early poker experience included playing sit n’ gos (single table tournaments) and small stakes Limit Hold’em at local casinos for tuition. She also used to run her own home game and helped organize or deal at various games around campus and Toronto. According to Liu, her mother had given her a timeline to have success in poker or to enter the real world. It was during this time she won over $500,000 at the EPT San Remo and her poker career was on solid footing. Somewhat surprisingly, Liu says she prefers poker to the world of finance because the financial world is too “cut throat.”

The University of Waterloo Connection

Both Liu and McDonald have more in common than just playing poker; both attended the University of Waterloo. The school’s reputation for excellence in science, math and engineering is rivaled by the number of successful poker players who list the University on their resumes.

Poker is part math and part social science, so the academic mind set of the students make them perfect candidates for the game. However, the reason so many poker professionals have emerged from the campus can also be attributed to the school’s attitude toward the game. Player’s successes are published in the school’s newsletters and on social media. There is also the UW Poker Studies Club, which meets weekly and where players get to know one another and work to improve their game.

Liu and McDonald are just the latest alumni to achieve success in the world of professional poker. Will Ma, another University of Waterloo alumnus, teaches a credit course in poker at M.I.T. Toronto native Mike Watson has over $6 million in tournament earnings.

With poker being such an integral part of the social and even academic structure, look for Ontario to continue to be place where professional poker players get their start.

A Brief Introduction to Different Types of Poker