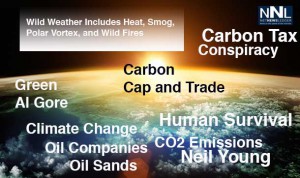 Given what you hear from politicians and the media, you can be forgiven for thinking it’s the resource industry, especially extraction and export of fossil fuels like oil sands bitumen and liquefied natural gas. But we’re no longer just “hewers of wood and drawers of water” – or drillers of oil, frackers of gas and miners of coal.

Although extraction, use and export of natural resources are economically important and will remain so for some time, we’re starting to diversify. According to Ottawa-based consultants Analytica Advisors, clean technology, or clean-tech, is the country’s fastest-growing industry.

The firm’s “2014 Canadian Clean Technology Report” found direct employment by clean-tech companies rose 6 per cent from 2011 to 2012, from 38,800 people to 41,000, with revenues increasing 9 per cent to $11.3-billion. According to Industry Canada, mining and oil and gas sector revenues grew just 0.3 per cent in the same period, manufacturing 1.9 per cent and the construction industry 3.9 per cent.

At the current growth rate, Analytica estimates Canada’s clean-tech industry will be worth $28 billion by 2022. But with the global market expected to triple to $2.5 trillion over the next six years, Canada hasn’t come close to reaching its potential. It’s our choice to seize the opportunity. With just 2 per cent of the global market (matching our share of population), we could have a $50 billion clean-tech industry by 2020 – double the size of today’s aerospace industry.

Clean-tech also outshines other sectors on research and development investment, with $1 billion invested in 2012 and $5 billion from 2008 to 2012. That’s more than the combined R&D investments of natural resource industries (oil and gas extraction, mining, agriculture, forestry and fishing), and only $200 million less than the aerospace sector.

The clean-tech sector is broad. “These companies are working on problems that we all care about, like how to use the constant temperature from the ground under our offices buildings for heating and cooling and how to replace expensive and polluting diesel power in our remote communities with clean affordable energy or transforming greenhouse gases into stronger concrete to build greener buildings,” Bak said in a Vancouver Sun article. Clean-tech comprises about 700 companies in 10 sectors across Canada, including renewable energy, water treatment, green building and development of environmentally friendly consumer products.

Many experts argue that putting a price on carbon, through carbon taxes or cap-and-trade, is a good way to stimulate clean-tech, by targeting greenhouse gas emitters and encouraging technologies and measures aimed at energy conservation and renewables.

But we could lose out if we take the industry for granted – especially because 74 per cent of clean-tech companies here sell products and services outside Canada, with export revenues of about $5.8 billion in 2012 and 42 per cent going to markets other than the U.S. “High-performing companies are often bought by international players that take the intellectual property, manufacturing and jobs to other countries,” Bak cautioned, adding, “The world already looks to Canada for our clean technology solutions. Isn’t it time that we did too?”

And, while the federal government has strategies to track and promote the fossil fuel and aerospace industries, it has yet to do this for clean-tech.

Diversity in nature is important – ensuring ecosystems remain resilient in the face of threats. So, too, for the economy. It’s folly to rely too heavily on extracting and selling finite resources, especially those that cause pollution and contribute to climate change and other threats to the environment and human health and survival. Canada’s economic growth potential through clean energy is huge, but it needs to be given the same priority government gives other industries.

Clean-tech may not be the answer to all our problems, but it’s a sector that offers a lot of promise for our economy and environment.