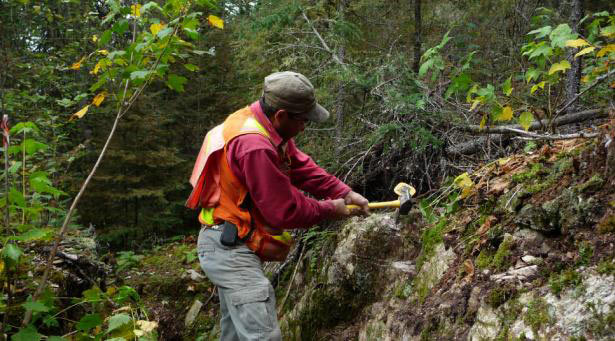 THUNDER BAY – Mining- “Even with the industry facing a confidence crisis and large mining companies delivering little profitability, limited deals are still getting done,” says John Gravelle, Global and Canadian Mining Leader, PwC. “Traditional takeovers of entire companies are taking a back seat to joint ventures and spinoffs. Expect more of these non-traditional and creative deals to round out M&A activity during the second half of 2013.”

The organization, which provide industry focused assurance, advisory and tax services for public, private and government clients state in their latest report that, “Despite a recent prolonged stretch of growth, the mining industry is fundamentally a cyclical business. It is especially during the downturns that companies are forced to remember this reality, and adjust to the risks”.

John Gravelle adds, “M&As in the mining sector will remain lethargic for the rest of 2013 and into 2014. Deals that do take place in the next six to 12 months will include companies that have enough cash to seize the opportunity and as their peers unload assets that aren’t considered a fit in this new cost-conscious environment.”

The mining sector, in Northwestern Ontario has been moving forward, and generating a great deal of economic activity has seen some slowdowns. Cliffs Natural Resources has slowed down on their Ring of Fire Chromite project.

The federal government however is supporting some major jobs skills training programs, including millions of dollars for training through the Matawa First Nations to train young people for a career in mining.

So far in 2013, there have been a number of reminders — from falling commodity and equity prices to multibillion-dollar write downs across the sector. Neither gold’s reputation as a haven nor China’s steady hunger for commodities have been able to hold back the bears, as the global economy continues to try to find a solid footing.

John Gravelle says, “A loss of confidence due to write-downs, market uncertainty, and falling commodity and equity prices across the mining sector dampened M&A activity in the first half of 2013 with deal volume dropping 31% from the same period in 2012, and deal values down 74% from January –June 2013”.

As well, the mining industry’s major public companies have taken on different M&A roles in recent months — switching from buyers to sellers. Rio Tinto plc’s unloading its 80% stake in the Northparkes copper mine in Australia to a Chinese buyer is an example of this, according to the deals report.

John Gravelle comments, “Mining CEOs are taking a fresh look at what assets are core and plan to raise proceeds to reduce debt, improve shareholder returns and fund capital expenditures. They will need to concentrate on the projects they have and operate them with a focus on the bottom line.”

According to the PwC report, Russia and Kazakhstan took the top two spots for most active M&A by geography in the first half of 2013. This was a surprise to the PwC, Russia accounted for just over a quarter of deals, followed by Kazakhstan at 19%, and the U.S. with 11%.

Russia’s dominance is due to Mikhail Prokhorov — one of Russia’s wealthiest men — selling his entire 37.8% stake in Polyus Gold International to two billionaire bidders from the same country for $3.62 billion, PwC explains. Kazakhstan had the second and third largest deals, and ranked second highest on the list thanks to the $2.2 billion buyout of Eurasian Natural Resources Corp. by the three founders of the company.

“Gold and copper continue to be the most active buyers and sellers in the first half of 2013 — a trend expected to continue as depressed prices create opportunities for those who can afford to buy,” says John Gravelle.

There has been a quiet boom in Red Lake Ontario as the Gold Mine there continues to prosper.

In 2012 and 2013, gold and copper accounted for nearly half of the transactions in the sector by both value and volume. For the first half of 2013, gold was the leader by value, representing 36% of transactions from January to June — compared with 26% for the first half of 2012. Copper accounted for 12% of deals by value, down from 23% a year earlier.

What is coming for the Mining Sector?

Considerations for the mining industry for the remainder of 2013 include:

Prepare our Young People for the Future – Niigaan Sinclair

Noront Resources Taking Over Cliffs’ Camp in Ring of Fire