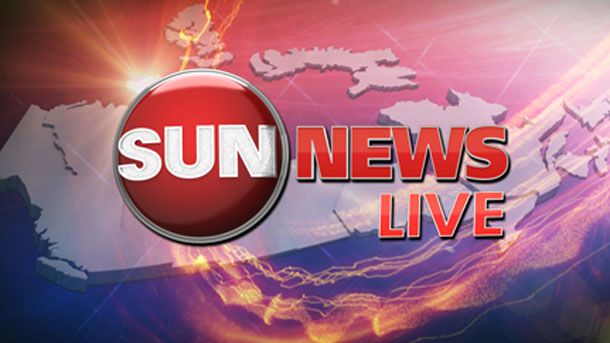 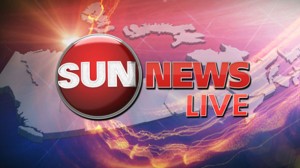 THUNDER BAY – Sun News Network offers a conservative slant to news. Often called, by critics “Fox News North” the cable news network was denied by the CRTC to gain access to a wider range of cable television viewers this week. Sun News is available in Thunder Bay on Digital Cable on Shaw at 177, and on Tbaytel at 213. The cable news network was turned down in its application to the Canadian Radio Television Commission

Speaking on the CRTC decision, Sun News Network Michael Coren stated, “Well, it’s done. We’ve all been waiting a long time for this. By ‘we’ I mean the more than a hundred people who work at Sun News, and the 60,000 people who signed our support petition. I mean the millions of people in this great country who want an independent, non-liberal voice in media.

“I mean conservatives, Christians, supporters of Israel, those who don’t detest the United States, those who have intelligent and critical questions about global warming propaganda, critics of communism, those who refuse to worship at the feet of Trudeau, Suzuki and the CBC, men and women who question establishment wisdom about major policies, Canadians who want the right and freedom to speak out and speak loud.

Not a bad audience that. Massive, magnificent and now able to watch a television network that speaks truth to liberal power”.

While many have commented that not having Sun News Network having equal footing to CTV Newsnet and CBC Newsworld is a good thing, perhaps the reality is that taking a longer view, having more opinions, and viewpoints in the marketplace is actually a good thing. There is no monopoly on news and should not be.

The Canadian Radio Television Commission seems to hold a similar view, and in spite of its decision, has thrown Sun News Network a lifeline.

Buried deep in the decision is this commentary:

[sws_blockquote align=”right” alignment=”alignleft” cite=”” quotestyles=”style03″] 129. Nevertheless, the Commission is of the view that Sun News Network and other Canadian news services play a valuable role in meeting certain objectives of the Act… relating to encouraging the development of Canadian expression by providing a wide range of programming that reflects Canadian attitudes, opinions, ideas, values and artistic creativity and by offering information and analysis concerning Canada and other countries from a Canadian point of view. Further, news programming encourages and informs the means by which Canadians are able to participate fully in the democratic, economic, social and cultural life of their country, their region, their province and their neighbourhood. To do so, such programming needs to come from a variety of independent sources and from a range of viewpoints. 130. As to the specific issue of the distribution of Sun News Network, the Commission considers that there is merit to the arguments raised by Sun News regarding the barriers to entry when launching a national news service and that these barriers constitute a significant obstacle to the exchange of ideas. … [Sun News’s] distribution is generally less favourable than that enjoyed by other Category C news services and often by non-Canadian news services. 131. … In the Commission’s view, Canadian news services should be given a pride of place within the multitude of news and information services available to Canadians. 132. …The difficulties faced by Sun News and other parties that appeared at the public hearing are however indicative of a larger, more systemic issue with respect to ensuring that Canadian national news services have the opportunity to obtain fair and equitable distribution. … 133. … Accordingly, the Commission has also issued today Broadcasting Notice of Consultation 2013-394 initiating a process to review the framework for all Category C news services. [/sws_blockquote]

The funding that inclusion in the mandatory cable news programming from cable would have been a lifeboat for Sun News Network. However the move to open consultations offers a lifeline to the network. It also offers Sun Media a chance to open up their coverage to a wider audience. Having watched Sun News Network on occasion, my impression is that some of the commentators, especially Ezra Levant, are trying so hard to emulate American media personalities that they miss the opportunity to fully present a more balanced report.

Coverage during the crisis in Attawapiskat over the past several years, on Sun News Media has often, again in my opinion, has sought to toss red meat to the partisan audience rather than present a more balanced approach.

The network often seems to see itself as the counter to the Canadian Broadcasting Corporation, and maybe spends more time focused on being the ‘un-CBC’ rather than being a “fair and balanced” news source.

Some of that seems at times to be seeking to push the envelope. Some of that, especially during commentary offered for example during the charity fight between Senator Patrick Brazeau and (now) Liberal Leader Justin Trudeau we literal drool fests as the Sun Team was hoping to broadcast Justin Trudeau getting a boxing beating.

Offering hyper-partisan opinion might feed the hard core of the political right.

It likely won’t build a wider audience. That however might not be the full goal of Sun News Network, as they often seem to see themselves as the voice of the voiceless.

The CRTC has thrown a possible lifeline to Sun News Media, but not a ticket into the lifeboat.

Will it work? Only time will tell.