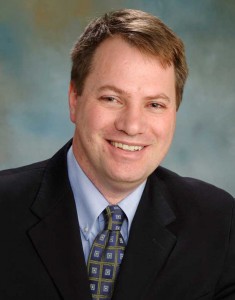 THUNDER BAY – Its official. The Northern Policy Institute’s founding President and CEO, is Charles Cirtwill. As first reported on Wednesday on NNL, the former head of the Atlantic Institute for Market Studies will take the job starting in September.

Martin Bayer, Chair of the newly established Northern Policy Institute (NPI), has announced the appointment of the Institute’s founding President and CEO, Charles Cirtwill. Cirtwill comes with a wealth of experience in creating and leading an independent, not-for-profit organization.

For the last 12 years Cirtwill has been at the Atlantic Institute for Market Studies (AIMS), a non-partisan, international award winning public policy think tank linking ideas with public policy challenges to make sure business leaders, the media, policy makers and citizens have the knowledge and understanding necessary to ensure that government action will contributeto a safer, stronger, freer and more prosperous region and country.

“Mr. Cirtwill’s success in establishing and managing a similar think tank about public policy issues makes him the ideal candidate,” says Bayer, who was appointed NPI Board Chair earlier this year. “The appointment of Mr. Cirtwill speaks to how NPI will establish itself as a significant advocate for Northern Ontario communities and the policies that affect them.”

“I was attracted by the opportunity to help establish a new organization similar to AIMS from the ground up,” explains Cirtwill. “I was struck by the boldness of the Ontario government in helping to set up an independent policy institute as part of the process to deliver sustainable growth, and I believe I can help lay the foundation for a long and successful future; not only for the NPI but for Northern Ontario, the entire province of Ontario, and indeed for Canada as a whole.”

As its first President and CEO, Cirtwill’s immediate goals include hiring staff, forming the organization’s internal structure, and engaging with Northern Ontario’s communities to learn more about the successes they have to share, and to hear, firsthand, about the challenges they want help addressing.

It is expected that based on some of the moves taken that the Northern Policy Institute may take a much more conservative leaning direction.

From there, the new President and CEO plans to reach out to the many people already active in research and policy work throughout Northern Ontario to ensure that NPI can be an effective platform for greater dissemination and broader discussion of their work. “We want NPI to be the go-to place for thinkers looking to share their ideas and communities looking to use them,” says Cirtwill.

Cirtwill begins his new role effective September 2013, wherein he will manage NPI’s offices in both Thunder Bay at Lakehead University and in Sudbury at Laurentian University.

Charles Cirtwill’s experience with public policy extends back to 1997, when he was a policy analyst for Environment Canada and, later, with the Metropolitan Halifax Chamber of Commerce (1997-2000). Cirtwill joined the Atlantic Institute for Market Studies in 2000 as its Coordinator, Communications & Development, before becoming its Director of Operations (2001), Vice-President (2003), Acting President (2006), and President (2008-2013).