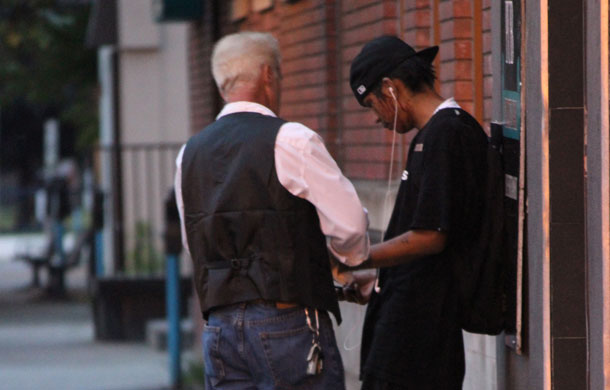 THUNDER BAY – Heading into the holiday weekend, Thunder Bay Police are already busy. Leading up to the weekend, police have seen call volumes increase. Tonight police have been responding to a steady stream of calls. First responders have been called out to deal with the aftermath of several fights.

Thursday night a good Samaritan came to the assistance of a man who reportedly had slit his wrists. Police and Ambulance were on the scene within minutes.

The man was taken by ambulance to the TBRHSC.

The stormy weather has not seemingly slowed down some of the pre-Canada Day celebrations.

For the holiday weekend, the OPP will have a strong presence on the provincial highways. Efforts to curb drinking and driving, and boating and drinking will be in full force.

In particular, the OPP will be keeping a close eye out for people who display aggressive driving behaviour, whether in a motor vehicle, boat or all-terrain vehicle.

The OPP remind the public that speeding is not the only form of aggressive driving they will be watching out for over the weekend. Following vehicles too closely, improper lane changes, weaving in and out of lanes and a general disregard for traffic laws are all forms of aggressive and dangerous driving behaviour that put all road users at risk.

As in the past, on holiday weekends, the OPP will be looking to every motorist, boater and trail user to partner with them for a safe and enjoyable weekend.