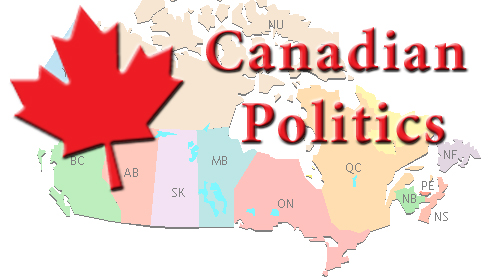 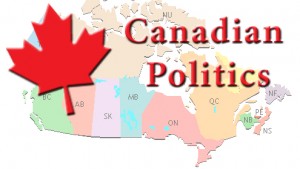 THUNDER BAY – Analysis – The Nanos Poll show that Conservatives remained in the lead nationally. Through January the Conservatives hold with 34.3% support. The Liberals (27.6%) and the NDP (27.1%) were tied in second place. They were followed by the Greens at 4.7%. The Bloc was at 4.6%.

These are the findings of the latest Nanos Poll.

Jobs/economy was still the top national issue of concern over the past month (22.4%). This was followed by healthcare (14.8%) according to the Nanos Poll.

The Conservative government is vowing to maintain the course. Stating that their focus is on jobs and on the economy.  Last week marked the seventh anniversary of the election of a Conservative minority government.

“Throughout the uncertainty in the global economy, we have seen Canada’s Economic Action Plan deliver real and tangible results for Canadians,” said Minister Flaherty, speaking at the Economic Club of Canada. “Budget 2013, the next step in our Economic Action Plan, will continue to build on our strengths and the key pro-growth initiatives, with the objective of returning to balanced budgets by the end of this Parliament.”

As Minister Flaherty prepares Budget 2013 he made it clear that the Government will not:

What does it all mean?

The Conservatives have been under fire from Aboriginal leaders, and from Idle No More activists since early December. The latest poll demonstrates no change in support for the federal party over the Aboriginal issue. Strategies by Idle No More likely need to focus on educating more Canadians on the real meaning of treaty rights, and traditional Aboriginal culture and society.

The Conservatives in presenting the issue as one of jobs are seeing that strategy apparently resonating with Canadians.

“Since 2006, our Government has taken concrete action on priorities like education, economic development and housing for First Nations. We have built new schools, invested in clean drinking water systems, built thousands of new homes, increased funding for services for the most vulnerable members of First Nation communities, and invested in hundreds of projects to link Aboriginals with job training services”.

While many of the statements by the government sound good, there is a lot of work needed before the words can come into play in full force.

What about the New Democrats?

The New Democrats have stalled in the polls. Some point to Thomas Mulcair as part of the problem. The NDP leader comes across as more distant and cold on many issues than Jack Layton. That similarity in perception to Prime Minister Harper likely is part of the issue facing the New Democrat leader.

Perhaps the real issue might be the New Democrats strategy during Question Period. The NDP do not seem to hold to a theme in trying to attack government positions. Couple that with Thomas Mulcair not seemingly making ground with Canadians while the Liberals are holding the charisma and personality of Justin Trudeau out to attract support and the problem grows.

The New Democrats are working to reach out to business and communities.  “Canada’s communities need a 20 year infrastructure plan not just a 2 year funding cycle,” said Olivia Chow the NDP critic for Infrastructure. “Cities can only invest in fast, reliable, accessible transit and fix crumbling bridges with a long-term federal plan.”

Chow and the New Democrats are calling for a program that sets clear targets, grows with the economy and the population and encourages partnerships and innovation. With questions in the House of Commons, a motion to fix infrastructure and a private member’s bill calling for a National Transit Strategy, Chow and the NDP have relentlessly pursued this vital cause.

The Conservative lead is seemingly solid. However the issues that are present could impact that lead in the coming months. First is the economy. Any changes to the economy are likely to impact the government.

Second is the issue of accountability. The Senate could impact the Conservatives, who have supported Senate change, but have in situations with two of the Prime Minister’s appointed Senators; Senator Mike Duffy and Senator Patrick Brazeau that could impact Canadians perception of the Conservatives.