PHOENIX AZ – Sports – Eldridge Wayne Coleman, better known as “Superstar” Billy Graham was taken to the hospital on January 17 due to double pneumonia according to his long time agent Scott Epstein.   Graham had been sick with influenza symptoms for the past few weeks. The legendary World Champion who helped inspire the careers of wrestling icon Hulk Hogan, and Governor Jesse Ventura, has been battling a multitude of other potentially deadly health problems as well.

According to Superstar Billy Graham’s wife Valerie Coleman doctors say he is now showing signs of the start of heart failure.

Double pneumonia occurs when tissues inside both lungs fill with fluid and become infected.  The symptoms of fever, chills, trouble breathing, chest pain, vomiting and chills can be particularly dangerous for someone like Graham 69, who is suffering from other illnesses.

Graham, who has issues with diabetes, is Hepatitis C positive as well.  Hepatitis C is a blood to blood disease that is prevalent among professional wrestlers from the bloodbath eras of the 70’s and 80’s.  In those decades it was common for wrestlers to share razor blades when cutting themselves to produce the “blood” effect during matches. 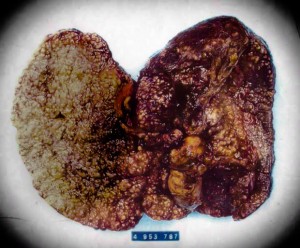 Graham, who made friend Governor Arnold Schwarzennegger his daughter’s Godfather, had his latest health scare due to a heart condition known as atrial fibrillation.  He has been put on daily medication to help control the disease.

A quote from Amy George of the North Phoenix Heart Center was posted on Graham’s Official Facebook page January 16th: “Atrial fibrillation is an electrical problem with the heart where ectopic electric pathways are formed making the top of the heart fibrillate instead of contract. It can go up to 400 beats per minute. Lucky the heart is smart and it only sends some of the signals to the bottom of the heart. Patient’s usually present with a heart rate in the 120-140 range. Eldridge goes in and out of this rhythm. He has occasional episodes where his heart rate will become irregular and fast. This can cause shortness of breath, dizziness or lightheartedness and sometimes even chest pain. I placed Eldridge on two rate control medications so that he can go in and out of the rhythm and not have the fast rates. He is also on aspirin as a mild blood thinner. His has no coronary artery disease and his heart muscle is strong. Once again, this is purely a rhythm problem that the incidence increases with age. If he fails rate control medications or is unable to tolerate medications, atrial fibrillation ablation is an option”.

Graham has some tough medical wars ahead of him but if anyone can overcome them and stick around a few years longer it is him.