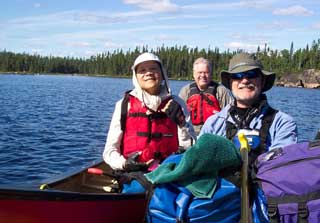 I work for you, so I want to share the following.

As you may recall, three years ago, I received treatments for a cancer, and they were successful.

After World War II, roughly one in seven Canadians could expect to develop cancer in their lifetime, usually when older. Today, one out of every two men, and one out of every three women, can expect a brush with cancer, and often at younger and younger ages. There are few families that have not had a close relative who has experienced cancer.

Recently, I was diagnosed with a tumour on my tongue, which will be removed surgically this week in Ottawa. This will be followed by a period of healing.

The prognosis is good, and I expect to be back at work soon, although the doctors tell me that my speech may be hindered for a while. Regardless, you will be able to contact me at bruce@brucehyer.ca as before.

I know that my wonderful staff will continue to serve you well, both Vicki and Shannon in Thunder Bay, and Andy and Patty in Ottawa.

I look forward to returning to serving you as soon as possible.