Home Politics AFN Chief Atleo – These past weeks and days have seen an... 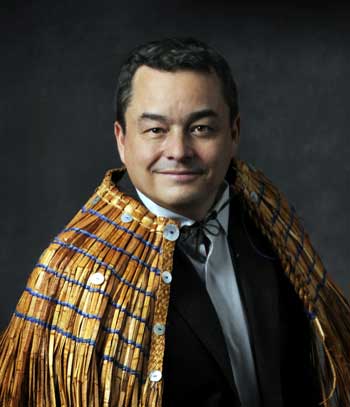 OTTAWA – Editorial – AFN Chief Atleo – These past weeks and days have seen an incredible coming together, speaking out and speaking up by our peoples, leaders and in particular our ‘grass roots’ citizens.  From coast to coast to coast, rallies have been at legislatures, marches held through major centres and towns and blockades were erected.  I have even learned of social media ‘flash mob’ round dances taking place in several places – a proud and important expression of our identity, our pride and that we are standing up and standing firm!

Thank you to all who have called in with reports of these events in your respective regions and for the leadership you have demonstrated.   Also in recent days, we stood with families dealing with the unspeakable grief of murdered and lost women and girls and we’ve seen a powerf l expression of opposition to resource development  that disrespects our lands and resources – all in the spirit of protecting, implementing and exercising our sovereignty, jurisdiction, and inherent and Treaty rights.

Last week, I had a good meeting and visit with Chief Theresa Spence, including the honour of singing a traditional song of our collective  pride and resolution. Just yesterday I had the opportunity and honour to participate in ceremony with Elder Raymond Robinson in Cross Lake Manitoba who has joined Chief Spence.  We support  their calls.  Chief Spence requested that we work together to take forward her request that the Treaty leadership and the Crown meet to discuss the intent of Treaty. An Open letter ­ available on our website- was issued on December 16th, 2012.

The safety and security of our people is paramount and we look to work together to support and facilitate the highest degree of protection and support possible. We all re-call our traditional teachings that show us to be true to who we are, to embrace life and our full identity – our roles and our sacred responsibilities.

Chief Spence and Elders have also made a special request asking that “we work together and overcome internal divisions”.  I take this message as a key reminder of the importance of the National Executive resolving issues collectively -as well as enhancing all of our communications efforts and swiftly addressing any instance of misinformation.

I have asked that clear information be provided again to all First Nations of the actions of the AFN and me in implementing resolutions passed by the Chiefs. This work has included clear and unequivocal expression of opposition to both Omnibus Bills as they contain legislation that did not include our consultation, accommodation and consent. Further these bills harm our inherent and treaty rights in specific ways. We have advanced legal analyses and we have insisted on a section 35 analysis by Government to account for the Honour of the Crown in the dealings with our people on these and all matters.

As part of this work, as I reiterated in my remarks to the Assembly, we have taken this message to Parliament and to the highest levels of Government. In October, we sent direct communications to the Prime Minister and the Minister expressing our serious concern with the utter lack of progress on our issues and on commitments and our opposition to unilateral measures. These letters, which were later made available to national med ia, resulted in a number of meetings.  These meetings i ncluded several with Ministers as well as the Prime Minister.  As I reiterated with the National Executive and at our Assembly, in this meeting the issues and the concerns were all taken forward.  The Minister and the Prime Minister have committed to follow-up but as l said, First Nations themselves must be the judge of these actions not mere words.

It is absolutely clear that our role has and always will be to provide national advocacy and be supportive of every First Nation and the powerful expressions of our peoples.  We have seen important demonstrations of our peoples anger and frustrations and their determination to take forward our rights and drive our own solutions – right now!

Now as the events of this week and the past week have reinforced, our efforts are even more important. have asked the National Executive to come to Ottawa again this week on December 20th to confirm next steps  including confirming the National Action Plan for coordinated action discussed and mandated at our Special Chiefs Assembly. There are many aspects to this work, including effective communications,  legal strategies, outreach and partnerships as well as ensuring safety and security.   Acting collectively, fully respecting the diversity of efforts and points of focus, our voices and our actions will be heard.   I believe strongly that we must drive our message and our solutions forward now.

The AFN staff have been working hard to offer support to all of various initiatives underway across the country.  I encourage you all to check and utilize the information available at www.afn.ca to ensure that our messaging is clear and that our voices are heard.  If you have any comments or wish to add your thoughts, please do.  We fully utilize social media through Facebook as well as twitter or you can email at info@afn.ca or any one of our staff directly. Following the Executive meeting, I and many others will be supporting the rally i n Ottawa on December 21 st.

I look forward to our discussions in the near future.  I feel that we are at a critical point and this work is more important than ever.