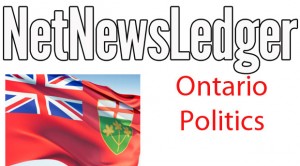 THUNDER BAY – The opposition parties in Ontario may not have Question Period in the Ontario Legislature to take the government to task. They are reaching out through the media to do that. “The Ontario Liberals have spent $20 million on their on-again off-again plans to convert the Thunder Bay Generation Station from coal to natural gas”, charges Gilles Bisson, MPP for Timmins-James Bay.

“If the government’s going to spend $20 million they should walk away with something more than the bill they hand ratepayers. Instead of building responsibly to meet our province’s electricity needs, this Liberal government spends whatever they need to meet their party’s needs at election time,” added Bisson

The City of Thunder Bay and the Northern Ontario Municipal Association support the conversion. While the OPA argues that Thunder Bay’s power needs can be met by the east-west power tie, the Common Voice Northwest Energy Taskforce, made up of northwestern municipalities and chambers of commerce, say that the as-yet-unapproved tie will not provide the reliability needed to develop the Thunder Bay’s burgeoning mining sector.

“The McGuinty Liberals spent hundreds of millions of dollars to cancel the Mississauga and Oakville plants just to save a few seats. People are tired of paying the price for politicians playing politics with our power system,” concluded Bisson.