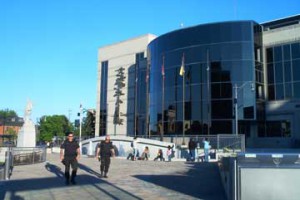 THUNDER BAY – Business Now – There is a little bit of very good news for Thunder Bay in the latest Standard and Poor’s assessment of the city. Standard & Poor’s has reaffirmed the City’s A+ Credit Rating and revised the City’s outlook to “positive” from “stable” based on a number of factor’s including the local economy.

The ratings on Thunder Bay reflect Standard & Poor’s assessment of the city’s robust liquidity, adequate budgetary performance, and moderate debt. We believe that somewhat mitigating these strengths are the city’s economy, which has limited growth prospects, and somewhat limited budgetary flexibility.

“We expect that the city will maintain strong levels of liquidity of greater than 2.5x coverage of 12 months of debt service in the next two years. At Dec. 31, 2010, the city’s free cash and liquid assets (Standard and
Poor’s-adjusted) represented 4.0x debt service. Despite a moderate year-over-year decline (from 4.5x in 2009), Thunder Bay’s credit quality continues to benefit from liquidity levels that are very high and comparable with that of more highly rated domestic and international peers”.

“We expect that in the near term, the city will continue to produce adequate operating balances of greater than 5% of operating revenues, with near-balanced or modest after-capital deficits as a percentage of total
revenues. In 2010, after incorporating TBayTel, Thunder Bay’s wholly owned telephone utility, the city’s 2010 consolidated operating surplus was about 13.8% of operating revenues, down slightly from 14.9% the previous year. Excluding TBayTel’s operations but incorporating its dividend to the city, Thunder Bay’s operating performance was about 11.4%, slightly better than the three-year average of 10.0%, which according our statistics is a little below-average compared with that of domestic and global rated peers. The
city’s overall budgetary position, which includes capital revenues and expenditures, remained negative year-over-year. Thunder Bay’s after-capital spending surplus at fiscal year-end 2009 represented about 1.1% of total revenues, excluding TBayTel’s operations, a modest improvement compared to the 3.3% deficit achieved in 2009”.

The positive outlook reflects Standard & Poor’s expectation that, in the next two years, Thunder Bay’s financial risk profile will remain healthy, with robust liquidity and solid operating surpluses in excess of 5% of operating revenue with modest after-capital deficits. An upgrade is likely during our two-year outlook horizon if the city maintains budgetary performance in line with the that of the previous two years, tax-supported debt of less than 60%-70% of consolidated operating revenue, and robust liquidity levels of more than 2.5x 12 months of debt service.

Downward pressure on the outlook or ratings could result from a material deterioration in budgetary performance, as reflected by after-capital deficits of more than 10% to total revenues, or significant problems with the local economy.

A city’s credit rating is used by investors and creditors to measure a municipality’s ability to meet its financial obligations. This is good news for residents because a good rating allows a municipality to borrow money at competitive interest rates and to pass on the lower costs to taxpayers.

In its June 2012 rationale, Standard & Poor’s said: “The positive outlook reflects Standard & Poor’s expectation that, in the next two years, Thunder Bay’s financial risk profile will remain healthy,
with robust liquidity and solid operating surpluses in excess of 5% of operating revenue with modest after-capital deficits.”

The rationale behind the rating explained that Thunder Bay’s economy focuses largely on the public sector (more than 20% of total employment), which provides it with a stable economic base.

Bombardier Inc., a major player in the manufacturing sector, has secured long-term contracts to produce subway cars, and the city has also made some gains in diversifying the economy into other noncyclical fields, particularly in knowledge-based sectors such as biomedicine, research, and health care.

More information is available on the City’s website: www.thunderbay.ca/performance.