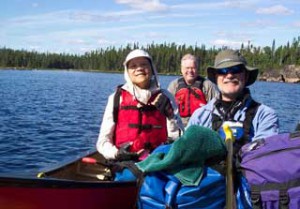 OTTAWA – Leader’s Ledger – No one can replace the late Jack Layton. But on March 24, New Democrats will be electing a successor to follow in his footsteps. I don’t believe we will just be selecting a new leader. We will likely be selecting the next Prime Minister of Canada. We must choose a leader who is a uniter, not a divider. Who thinks broadly and long term. Who dares to dream of a Canada that is cleaner, greener, safer, and more democratic than today. Who has the vision and the leadership to make sure that Canada is prosperous for all, instead of just a few. Who understands that we can have a Canada where both the economy and the ecology can be sustainable, and takes decisive action on both. One who closes the obscene gaps in income fostered by Harper’s Conservatives.

I have been thinking carefully about a successor since Jack’s tragic death. I have worked with most of the candidates for over three years, and am impressed by most of them. I have questioned them all closely.

Quite a while ago, I settled on some minimum criteria for our next Leader, including:

Bilingual in Canada’s official languages;
Believing in democracy within the party as well as without, who would allow NDP MP’s to vote according to the wishes of our constituents, or our conscience;
Elected twice to office (as a scientist, I know that once for anything can be a fluke);
Understands and supports the key role of small businesses in the Canadian economy.

I sent out a series of key questions on issues that I felt were important to me to help decide on whom to support. All the candidates got back to me with thoughtful responses except for Peggy Nash. That aside, it was a field of strong candidates that we must choose from. I’ve been impressed by Niki Ashton, a dynamic MP who has great potential as a future leader after more experience. Plucky underdog Martin Singh has great ideas and knows the importance of small business, as well as reaching out to new constituencies. And Romeo Saganash, though he has withdrawn from the race, has inspired us with his vision of leadership and what we can all do for Canada, together. But there are three nominees who I believe meet my criteria, and who are well qualified (and ready now) to be Leader of the Official Opposition …and then Prime Minister.

I will be voting for only 3 nominees on the preferential ballot: Nathan Cullen, Thomas Mulcair, and Paul Dewar.

I am particularly impressed with Nathan. I hope he will consider working with Thomas Mulcair if elected. In combination, they can build a stronger and truly “new” NDP that represents all of Canada: Urban and Rural, East and West. If the NDP is to form government, we must understand and stand up for all Canadians: small businesses, First Nations, families, and all workers (whether unionized or not).

Nathan has really connected with people from coast to coast to coast during this leadership race. He is a former small business person. He has done international development work. In addition to French and English, he (like me) speaks Spanish, which will become more important as Latin America develops into a real economic force. He is a well-respected expert on environment, energy, and natural resource policy. He believes in democracy, inside and outside the party, and has made it clear that he would never have punished Hyer and Rafferty (and their constituents!) for voting with their word and their conscience.

If Thomas Mulcair or Paul Dewar becomes our new leader, I will be very pleased, and I will be proud to work with them and for them to build a better Canada. If Nathan Cullen wins, I will be ecstatic. He has the energy, and the vision. He will grow the Canadian dream. And he will be Stephen Harper’s worst nightmare.