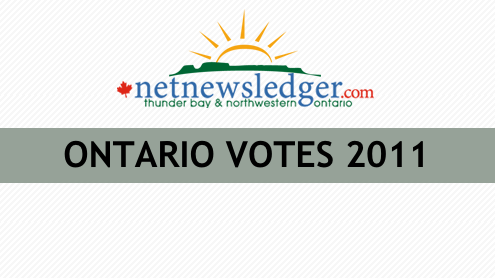 THUNDER BAY – There are now two party leaders who are stating they will be in Thunder Bay for the Northern Leader’s Debate sponsored by the Northwestern Ontario Municipal Association (NOMA). PC Candidates Fred Gilbert and Anthony Leblanc have announced that weeks of negotiations have finally resulted in an agreement for a leaders debate to be held in the North.

“After weeks of negotiating with the Liberals and NDP, we are pleased to announce Tim Hudak is taking part in a leaders debate in the North. Northern Ontario families couldn’t help but feel a little taken for granted when Dalton McGuinty stopped in North Toronto to launch his northern platform. Dalton McGuinty needs to come to the North and explain his tax grabs and energy policies which have cost many northern families their jobs,” said Fred Gilbert, Ontario PC Candidate for Thunder Bay–Atikokan.

Yesterday, Andrea Horwath said that she would be in attendance for the Northern Debate, as long as the other two leaders attended.

“Dalton McGuinty has grown so out of touch that he actually thought he could get away with launching his northern platform in North Toronto. Tim Hudak was a minister of northern development and mines who listened to northern Ontario families, he still listens and he is ready, willing and able to debate the need for change and plan for northern Ontario jobs,” charged Anthony Leblanc, Ontario PC Candidate for Thunder Bay–Superior North.

Tim Hudak, the PC leader says his is “delighted to have this opportunity to bring our message of change to a northern leaders debate with Andrea Horwath and Dalton McGuinty, if McGuinty decides to show up”.