Home Local Regional CrimeBeat Being Aware and Vigilant Can Save Lives 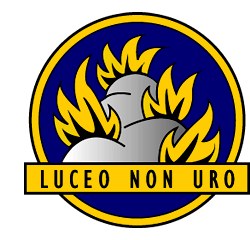 THUNDER BAY – The tenth anniversary of the 911 terrorist attacks have many people concerned that it is possible that there could be more attacks by terrorists seeking to celebrate that terrible day. Democratic governments around the world have, over the past ten years, continually sought that citizens be vigilant. It is also key within media outlets not to raise public concerns to a level not in keeping with perceived threats.

With the death of Osama bin laden at the hands of United States Seals, there are concerns of retaliatory attacks. So the often repeated message of vigilance remains important today.

But what exactly are people being asked to do to be vigilant? John Thompson, the President of the Mackenzie Institute, a Canadian based think tank says “Osama bin Laden has directly instructed Jihadists to attack ten nations: The United States, Great Britain, Australia, Spain, Canada and Italy, as well as Morocco, Egypt, Jordan and Saudi Arabia. So far al Qaeda has delivered successful attacks against all but Canada, Italy and Jordan.”

Helping law enforcement, by becoming extra sets of eyes and ears, we can help make our communities safer from terrorists. It must be said however that your role, as eyes and ears, is that of an observer. Please do not take action on your own, but remember, if you are right in your suspicions, then you are dealing with potentially very dangerous people. Leave law enforcement to the police.

Now, what can you do to become better aware of people, or situations, which should be reported to police? Becoming a first line of community defence against terrorism requires an alert and aware citizenry. At work, or in your community, the MacKenzie Institute states that any of the following events that you see should trigger your suspicions:

You should also be aware, and vigilant, for other unusual activities including:

So now you know some of what you should be paying attention to. So now, what do you do if you find someone or something that set off your ‘vigilance alarm’?

First, do not hesitate to contact your local police. Remember, you are on the front lines of a possible attack, you have to be both vigilant, and ready to take action reporting what you have seen, the police can’t be everywhere. You should make sure that you are clear in any reports that you make to police. Take notes, and “share your suspicions but emphasize the reasons why they arose in the first place. Record your observations as quickly as possible, while your impressions are still fresh.”

It is worth repeating, that you should leave the police work to the police. Once you have made your suspicions known, your role is complete, unless the authorities contact you. You are not trained as a law enforcement officer, and you are not a vigilante either. You must step back, you might make any possible terrorists suspicious of you. You could tip them off that they have been observed. Let local law enforcement do the job that they are trained for.