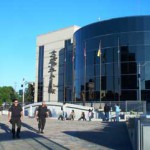 THUNDER BAY – Crimebeat – Thunder Bay Police Service report “A 26 year old Thunder Bay man is in custody following an incident in the area of Wasco Drive and Chercover Drive early this morning. Police received a call just before 4:00 a.m. that a male had broken into a home in the 100 block of Wasco Drive. The intruder fled the residence and no one was injured.

Police received a second call just before 6:00 a.m. from a resident in the 200 block of Chercover regarding a suspicious male in the neighbourhood. Officers took the male into custody a short time later in the 1200 block of John Street Road. The accused is alleged to have had stolen property in his possession.

A 26 year old male has been charged with Theft Under $5,000 and 2 counts of Breach of Probation. The investigation continues into the Wasco Drive break-in.